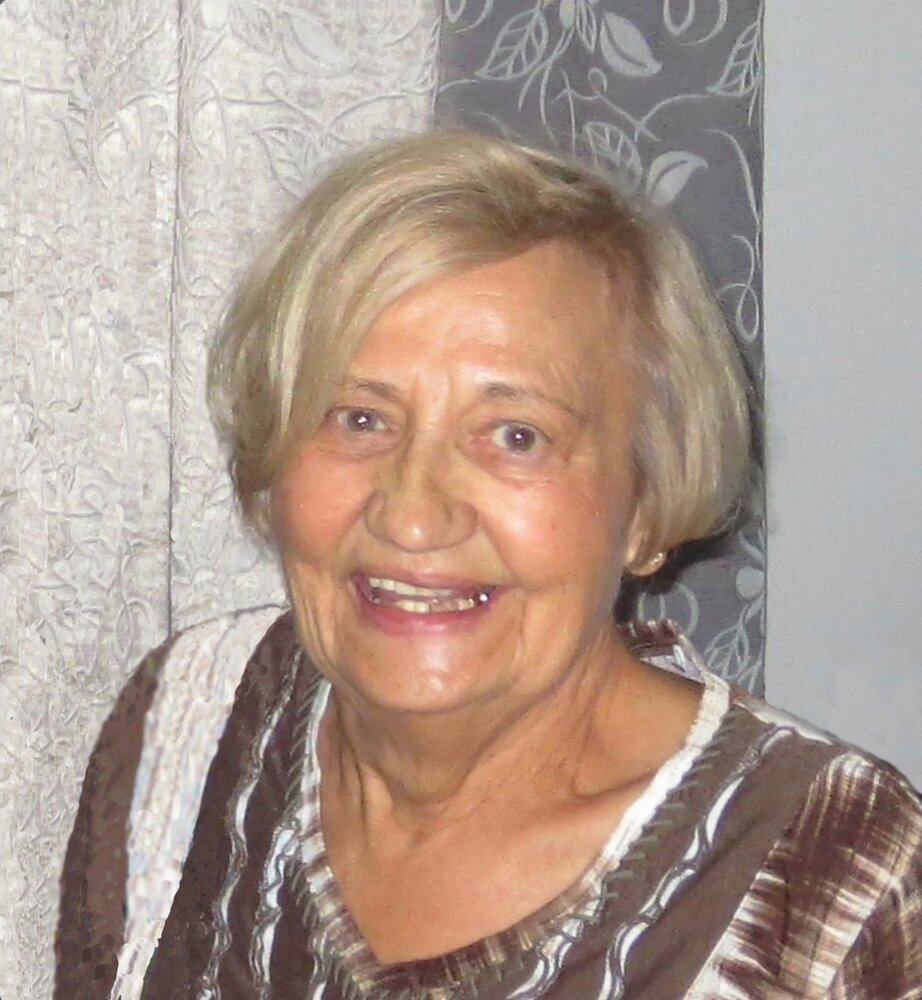 Please share a memory of Fern to include in a keepsake book for family and friends.
View Tribute Book

Fern was born to Andrew Sommer and Odelia (Messner) Sommer on October 6, 1936 and spent her childhood and growing up years in Heisler, Alberta, one of the youngest of the Sommer brood. Fern lost her mother when she was a small child and she and her family felt that loss keenly. That may have figured largely in her development as a fiercely independent woman for her generation.

Fern had a long and dedicated work life, having been employed first in Camrose, then later in Calgary and Edmonton, after several years in Arizona.  Her last position was in Edmonton in accounts receivable with Edmonton General Hospital.

In 2003 she retired to Camrose, having bought her first home- a duplex in Duggan Park, where she lived until a short time ago when she made her last trip to the hospital. It was a joy to witness the pleasure Fern took from owning and fixing up her own place.

Fern enjoyed travelling and managed a number of major vacations, usually with various family members, to places such as Vancouver (Expo 86), Hawaii, Palm Springs, the San Francisco area, the Maritimes, Montreal, North and South Dakota, and Yellowstone National Park. She took quite an interest in golf for many years and enjoyed golf games with family and friends, having put a hole in the wall in her apartment in Edmonton while practicing her swing! Playing cards was a lifetime hobby for Fern and she enjoyed attending the Camrose Senior Centre to play cards in the afternoons right up until a few months ago.

Fern’s last few years were especially challenging for her, with a number of hospitalizations, some of which were the result of ice falls, culminating in broken bones.  It was a testament to her fighting spirit that she recovered as well and as often as she did.  But those who were close to her knew she had become tired and was ready for a rest.  Fern passed away peacefully on Thursday morning, June 30, 2022 at St. Mary’s Hospital in the loving presence of a sister-in-law, several nieces and a nephew at her side.

She will forever be remembered for her feisty personality and her fully developed sense of humour.... how she loved to laugh and tease!

If family and friends so desire, memorial contributions in Fern's memory may be made to the Heart and Stroke Foundation.

Share Your Memory of
Fern
Upload Your Memory View All Memories
Be the first to upload a memory!
Share A Memory
Plant a Tree