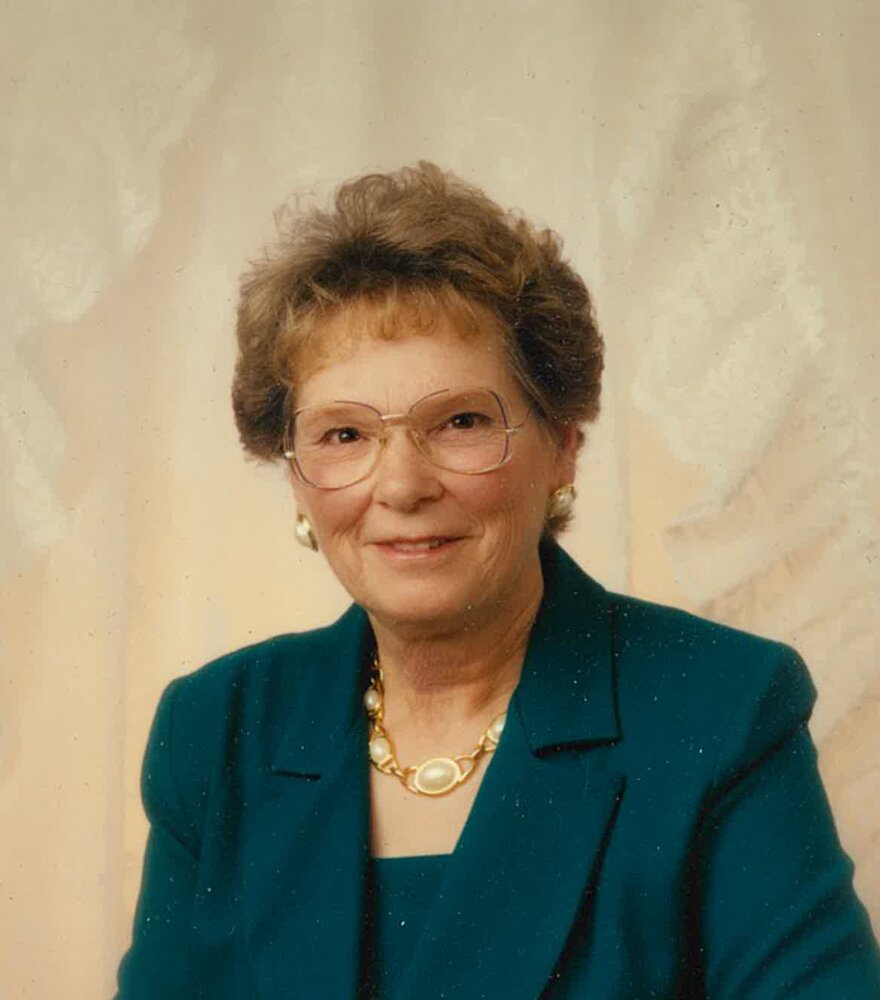 Please share a memory of Betty to include in a keepsake book for family and friends.
View Tribute Book

Our world is forever changed by the sudden passing of our Mom, Grandma, Auntie and Friend.

Betty was born on July 25, 1929 at Viewpoint (Dried Meat Lake area) to Walter and Talitha Jones and passed away June 27, 2022 at the University Hospital in Edmonton one month short of her 93rd birthday.

She married Theodore (Ted) Hansen of Hay Lakes on October 31, 1948 and moved to the Hansen Family farm and became a farmer’s wife. There they were blessed with five children – Carol, Donna, Ted, Lorraine and Tim - and it is where she resided until her passing.

Betty was an integral part of the St. Joseph Lutheran Church for more than 70 years, participating in the many activities such as the well-known turkey suppers and bazaars, quilting, baking and cooking -  always there to help. Her lefse was sought after by those who attended the Annual Bazaar.  In the early days, her and Dad were often asked to sing duets for various special occasions.

Of course, anyone who knew Betty knew if you stopped by for a visit there was not a chance that you were leaving hungry. She was always a ROCKSTAR in the kitchen and you might just get in on a game or two of YAHTZEE.

A great pride of hers was the ability to maintain her independence as she drove her GMC Envoy right up until the very end.

Family was everything! She loved having her family around, birthdays, Christmas, reunions or just a random visit, she would enjoy every minute.  For her kids’  birthdays she would bake her famous Gemise birthday cake and make sure we were celebrated.

A Celebration of Life was held at 1:00 p.m., Monday, July 4, 2022 at Our Saviour Lutheran Church, Hay Lakes, with Pastor Mike Harmon officiating.

In lieu of flowers, a memorial donation may be made to St. Joseph’s Lutheran Church, the Heart and Stroke Foundation or a charity of your choice.