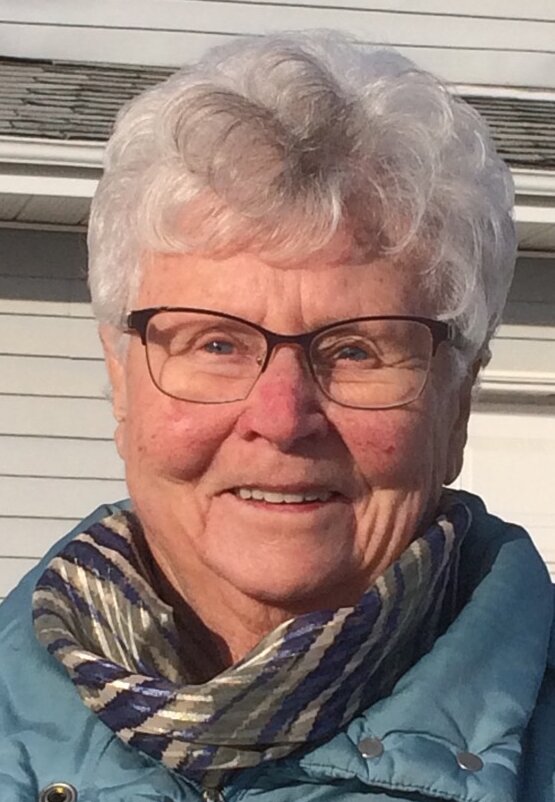 Please share a memory of Gwen to include in a keepsake book for family and friends.
View Tribute Book

Gwendolyn Shirley Scott of Camrose, Alberta, passed away on Monday, May 23, 2022 at the age of 92 years.

Gwen was born May 23, 1930 in the rural Bittern Lake farm home of her parents Julius and Ludella Sanders.

She attended elementary school at East Bittern Lake, followed by a year of correspondence at home, one year at John Russel school, and finally attended Camrose High School where she graduated in 1948. After high school, Gwen joined the staff of Burgess McKay barristers and solicitors for one year before her marriage to Gordon Scott. They made their home north of Camrose where they worked as a couple on several different occupations including farming, well drilling (where she drove the water truck) and looking after laying hens. They also shared the duties of a rural mail delivery route for 28 years. In earlier years, she was an active member of the Swea district, partook in many farmer’s markets, as well as having tables at gun and hobby shows around the province. Gwen and Gordon raised two sons, Terry and Tracy.

She will be remembered for her friendly nature and contagious smile, and will be missed by her friends, family members and the many people who called her “Mum”.

A funeral service was held Wednesday, June 1, 2022, at the CityLights Church, with Pastor Richard Schultz officiating. A recording of the service can be viewed at the following link: https://www.youtube.com/watch?v=EPJzNAe3AHI.

If family and friends so desire, memorial contributions in Gwen's memory may be made to the Kingman Baptist Church.

Share Your Memory of
Gwen
Upload Your Memory View All Memories
Be the first to upload a memory!
Share A Memory
Plant a Tree