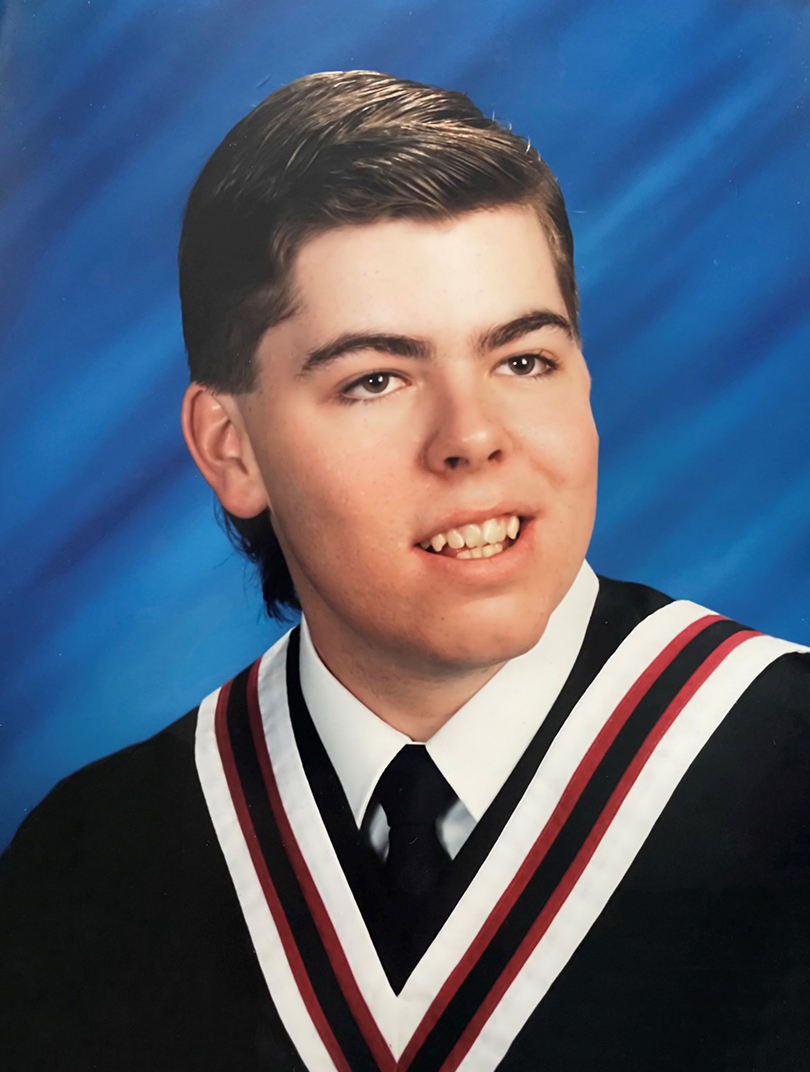 Please share a memory of James to include in a keepsake book for family and friends.
View Tribute Book

James Douglas George Foss of Camrose, AB, formerly of Edmonton, AB, passed away after a brave and courageous battle with Huntington's disease, on Friday, May 13, 2022, at the age of 49 years.

Jim was born Jan 26, 1973 in Surrey, British Columbia to Ken and Barb (Lamont) Foss. The family later moved and established roots in Alberta to be closer to family and friends. Jim attended most of his schooling in the Ryley and Holden area and graduated from Ryley High School. Jim was an avid sports fan and athlete growing up and had a particular passion for playing baseball. He later settled down in Edmonton working as a salesman when he was blessed with what he considered his greatest gift in life his son Zachary in 1995. Jim was a passionate sports fan and cheered enthusiastically for his favorite teams and always knew when the next game was on, whether it was Eskimos football, Oilers hockey, Blue Jays baseball or Patriots football team, he had his jerseys on and ready to go. He loved anything to do with “friendly competition” and was an avid and skilled player of card games and loved to just sit and visit with people whenever he could. He will be greatly missed by all that had their lives touched by him.

Left to cherish his memory are his father Kenneth; son Zachary Foss (Nathaly Cortez) of Edmonton; and numerous aunts, uncles, and cousins. James was predeceased by his mother Barbara Foss.

If family and friends so desire, memorial contributions in James's memory may be made to the Huntington's Society - Camrose Chapter.