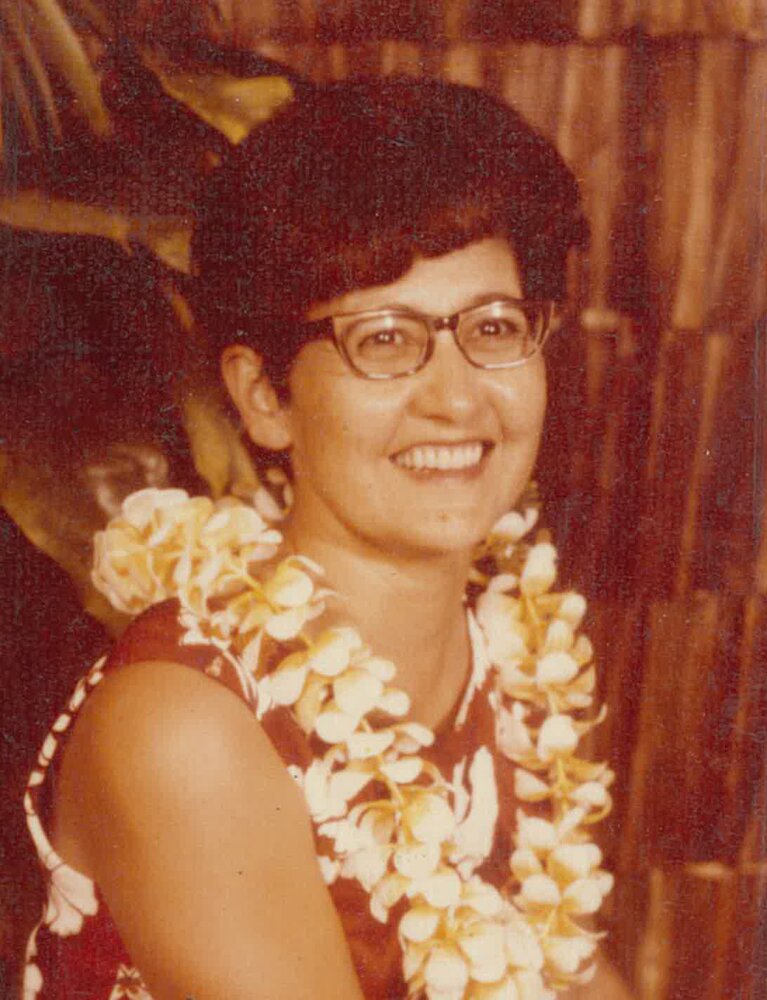 Please share a memory of Peggy to include in a keepsake book for family and friends.
View Tribute Book

Iris Peggy Vivian Brown-Zimmer of Camrose, Alberta, passed away on Monday, May 9, 2022 at the age of 89 years.

Peggy was born March 23, 1933 to Agnes and Willie Clarke at Fort Vermilion, Alberta. She attended school at Fort Vermilion and graduated from St. Mary's Convent, Edmonton. Peggy loved caring for people and began her nursing training and career in Edmonton at the Misericordia Hospital. She met her first husband Brian Brown and they were married in Edmonton on August 25, 1953. To this union were born four children: Patti, Frank William, Douglas and Kenton.

Brian's job took them to Camrose in 1962 and Peggy began working at St. Mary's Hospital. Both Peggy and Brian were involved with several sports in the area. Peggy loved curling and score keeping for the "Alice Hotel Fastball Team." Peggy was widowed in 1969 when Brian was killed in a tragic highway traffic accident. Peggy and the children stayed on living in Camrose with Peggy continuing her career at St. Mary's Hospital in the maternity ward.

Peggy married Alfred Zimmer in 1976. She definitely took on a new job as Alfred had 8 of his 10 children at home, and milked cows on a farm. The city girl went country. Peggy and Alfred busied themselves with card parties, family gatherings, and several trips and vacations.

As per Peggy's wishes, no formal service will be held.

If family and friends so desire, memorial contributions in Peggy's memory may be made to the Cross Cancer Institute.

Share Your Memory of
Peggy
Upload Your Memory View All Memories
Be the first to upload a memory!
Share A Memory
Plant a Tree