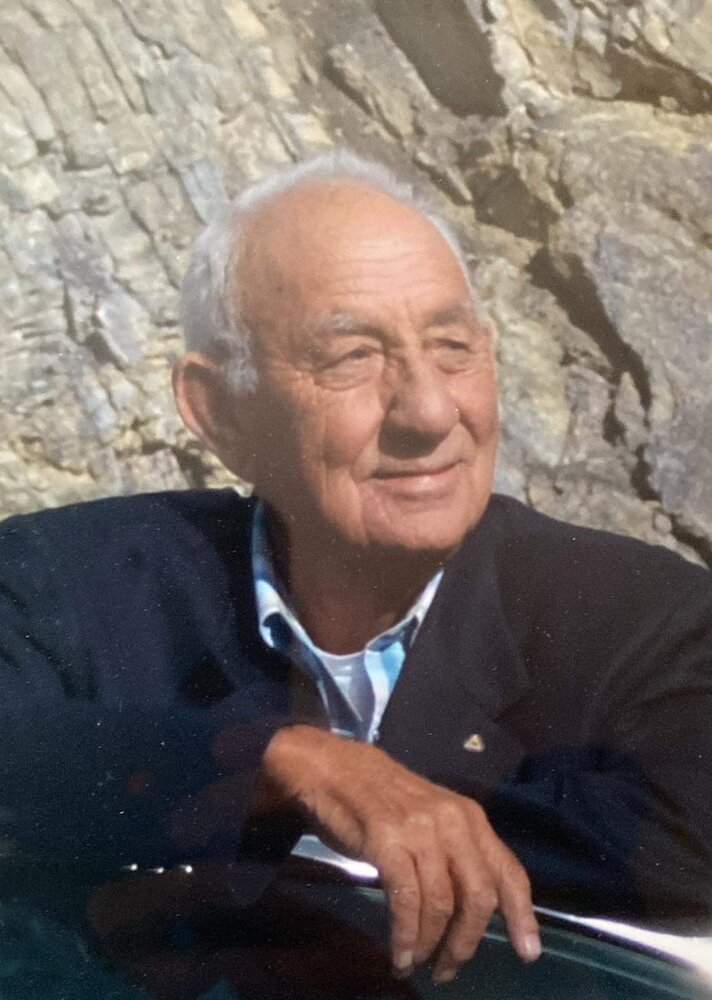 Please share a memory of Lionel to include in a keepsake book for family and friends.
View Tribute Book

Lionel Wesley Sampson of Camrose was called to his heavenly home on May 5, 2022 at the age of 86 years with his family by his side.

Lionel was born May 9, 1935 in Cadomin, Alberta to Kathleen and Guy Sampson. Lionel moved to Camrose where he apprenticed as a mechanic at Ferris Motors. His passion for the sport of hockey started in his early childhood. He was drafted to the NHL in Barrie, Ontario on August 12, 1953 and played for the Cleveland Barons. Lionel returned to Alberta to then work up on the DEW Line in Alaska from 1954 to 1955. From the age of 16 he was trucking at the mines near Cadomin then followed his dream to own his own business. L. W. Sampson Trucking was established. Lionel paved and graveled many of the roads and highways we drive on today in Alberta and B.C. with his favorite truck “little Rosa.” Lionel worked for many companies: H. Boden & Sons Construction, Cameron Bros., Nu Rock, and many more trucking operations.

On September 1, 1956 Lionel married the love of his life, June Charpentier.  They were blessed with six children. In 1967 Lionel and June purchased the acreage where they raised their son David and four daughters Lynn, Darlene, Lorraine and Beverly. He enjoyed many camping and fishing trips with his family. Lionel loved the outdoors; from hunting, to planting his garden and flowers. He often visited his birth home, Cadomin and the Valley of the Winds. “Big Papa” loved every grand and great-grandchild and had a nickname for each of them.

Lionel was a very active member of the Knights of Columbus in Camrose. He was honoured as a 4th Degree Knight. Lionel also served as Grand Knight for the Camrose Council.

Lionel was predeceased by his parents Guy and Kathleen; daughter Jamie; and granddaughter Amanda Kneeland.

If family and friends so desire, memorial contributions in Lionel's memory may be made to the Heart and Stroke Foundation, the Alberta Diabetes Foundation, or the Cross Cancer Institute.

Share Your Memory of
Lionel
Upload Your Memory View All Memories
Be the first to upload a memory!
Share A Memory
Plant a Tree