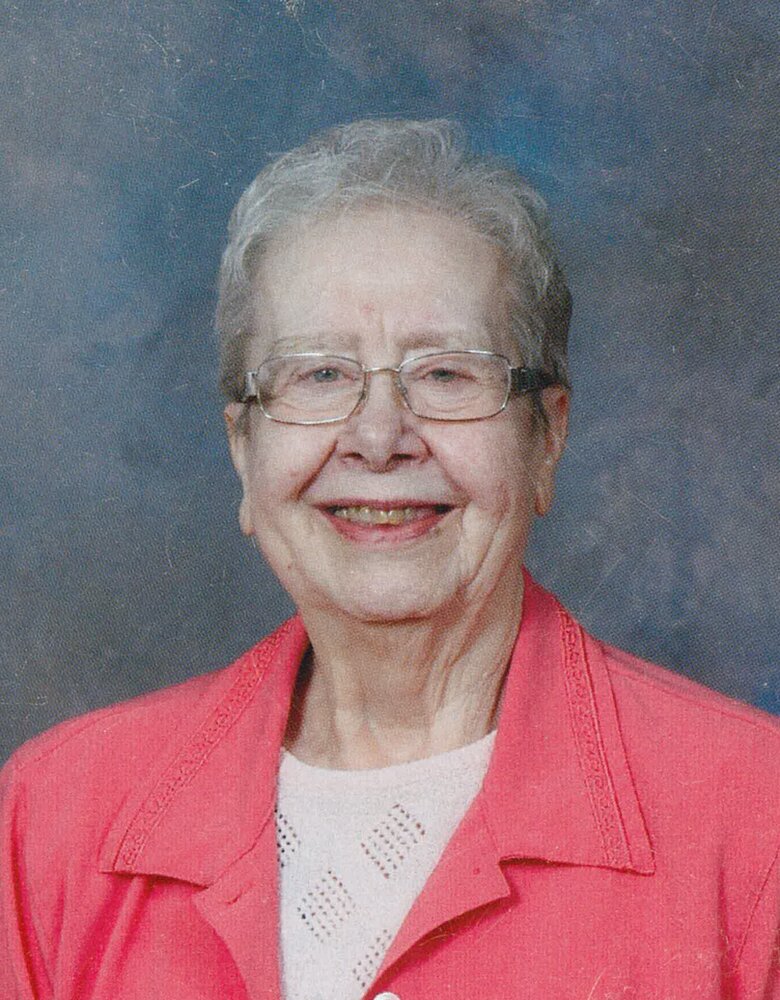 Please share a memory of Carol to include in a keepsake book for family and friends.
View Tribute Book

Carol Farquharson was born on March 21, 1932 in Sedgewick, Alberta to parents William and Caroline Farquharson. She was the youngest of seven children after John, Erma, Dorothy, Don, Alex, and Jim. As she was the youngest, she was the last surviving sibling to pass away. Carol passed away after suffering a stroke on  April 17, 2022 which was Easter Sunday.

Carol was a faithful member of the St. John’s Anglican Church in Sedgewick and served as the Treasurer there for many, many years as well as being involved with the Anglican Church women and teaching Sunday School.

She spent a few years travelling, often with her friend Grace, and went on trips to Holland, Germany, England, Scotland and more. She went on more than one bus tour to Nashville as she loved country music. In later years, she was able to attend Big Valley Jambouree in Camrose which she enjoyed very much.

Some of her other time was spent volunteering at the Good As New store and the Museum in Sedgewick, and selling Regal.  After she moved to Camrose in 2006, she also volunteered at the Camrose Train Station and attended the Anglican church in Camrose.

Carol liked watching baseball and curling on TV and she loved to read and to visit with people.  She was able to celebrate her 90th birthday in March this year and was very proud of reaching that age.

Carol is survived by many nieces and nephews and their families, and she will be greatly missed.

A memorial service has been held.

If family and friends so desire, memorial contributions in Carol's memory may be made to St. John's Anglican Church in Sedgewick.

Share Your Memory of
Carol
Upload Your Memory View All Memories
Be the first to upload a memory!
Share A Memory
Plant a Tree