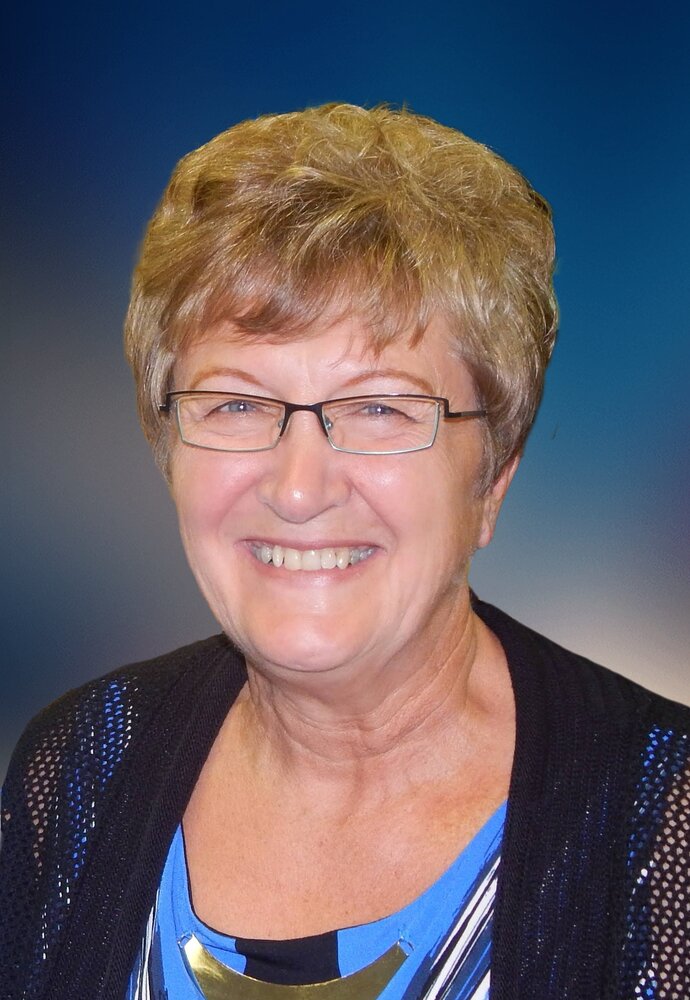 Please share a memory of Gail to include in a keepsake book for family and friends.
View Tribute Book

Gail passed away peacefully at home surrounded by family April 10, 2022 at the age of 72 years after a five-year marathon battling cancer. She fought hard with mighty strength, courage, always with a positive attitude, and a smile on her face.

Gail Lenner was born in Daysland, Alberta on July 15, 1949 to Jack and Loretta Lenner. She grew up in the Spring Lake area attending all her schooling in Daysland. She attended many baseball games and rodeos growing up where she met Garry.

On October 26, 1968 she married Garry Robbins. He was the love of her life. Together they were blessed with three daughters and one son. There were many adventures and stories over the years of the kids growing up. Gail was often found running the kids to 4-H, softball, baseball, basketball and hockey.  Along the way many of the life lessons were taught on the farm.

Gail was a very selfless, kind, and caring soul. She found immense joy in helping others. Despite the trials and tribulations, Gail faced in her life she would always hold her head up high, put a smile on her face and power through it and thrive.

She had a great love for cooking and baking. Her buns and cinnamon buns were the absolute very best. No matter how hard one would try to copy the recipe they would never turn out as good as Gail’s. She baked and decorated many beautiful cakes over the years. Her favourite thing of all was being able to serve a meal to those who had their feet under her table. “Don’t bring me anything, just put your feet under my table!” she would say.

Her grandchildren and great-grandchildren were the apples of her eye and brought her so much love and joy. Gail loved attending any of the activities her grandchildren were involved in over the years. She would drop everything to watch her grandkids or care for her family when they were sick. She enjoyed spending time with her friends and family and meeting many new ones along the way. It wouldn’t take her long to spark a new friendship and feel like she had known that person her whole life.

She had a great love for Elvis Presley. She loved listening to his music and going to Graceland to see everything Elvis. Gail had a travel bug travelling to many beautiful places over the years making many memories along the way, and coming home with lots of postcards and stories to tell. Gail was a hard worker, looking after the family farm while Garry was on the road trucking, with numerous jobs in her life and raising her children creating a warm and loving home for her family. She loved to laugh and have fun, leaving many lasting memories with all of her family and friends. She will be missed dearly and remembered forever and always.

A very special thanks goes out to her amazing Dr.Letley, Homecare, Hospice Society, Chemo clinic, many friends, family and neighbors for their continued support.

A celebration of life will be held at a later date.

If family and friends so desire, memorial contributions in Gail's memory may be made to S.T.A.R.S. Air Ambulance, or to the Alberta Cancer Foundation, or to the Hospice Society of Camrose and District.