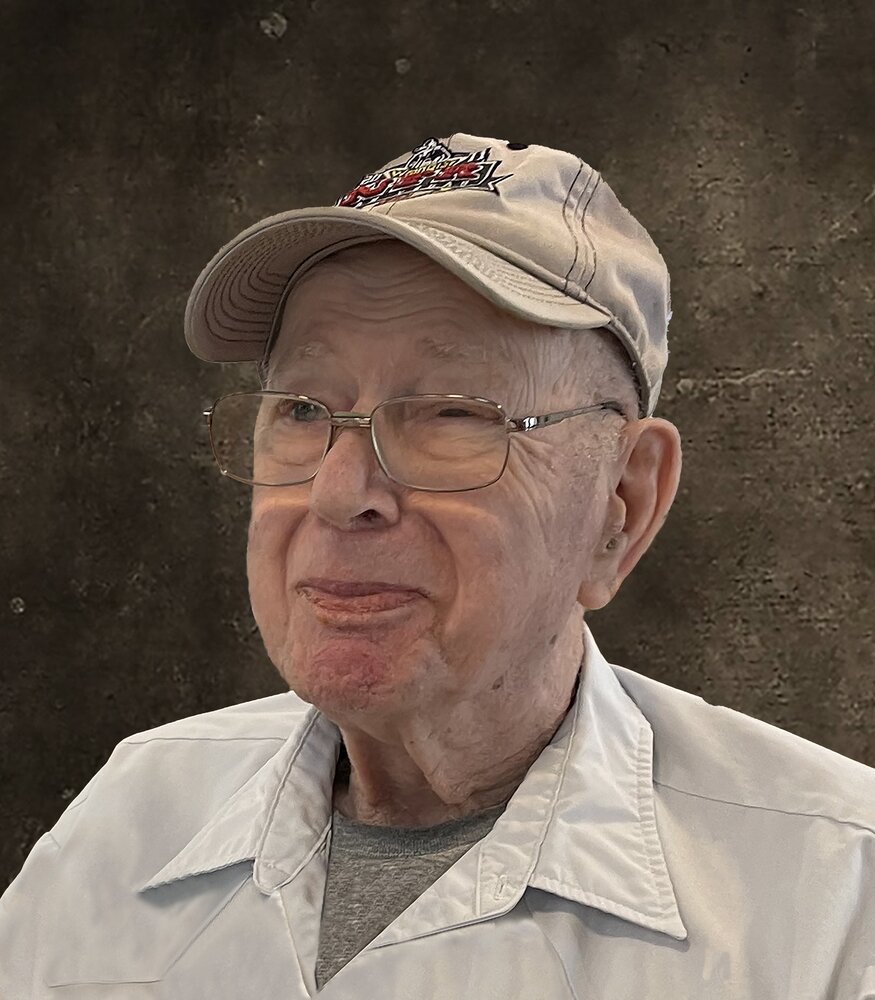 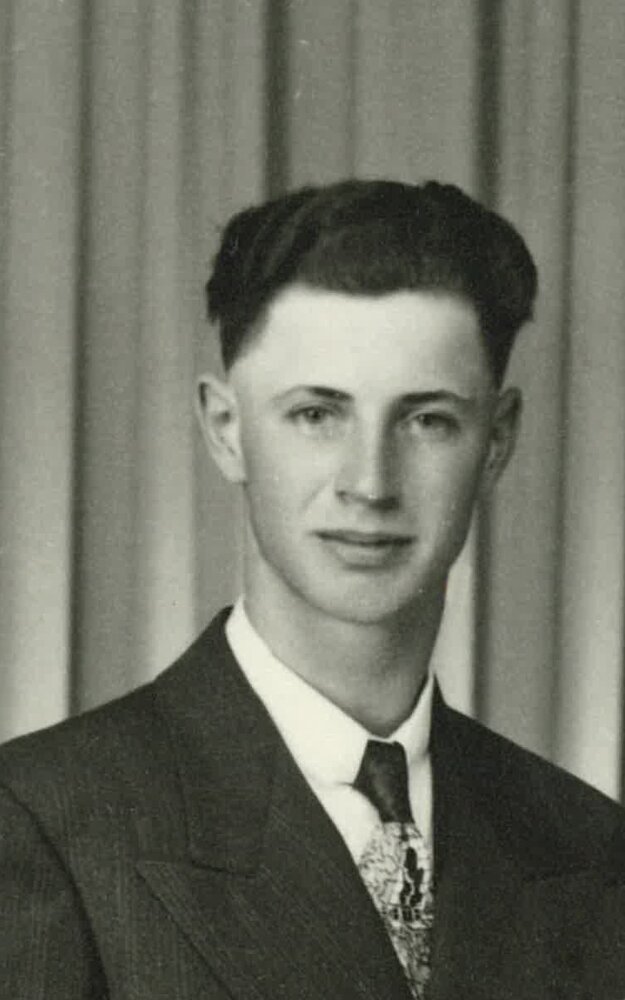 Terrance Gordon Bonnett of Camrose, Alberta, passed away on Tuesday, April 5, 2022 at the age of 90 years.

Terrance Gordon Bonnett was born March 26, 1932, on a farm north of Killam, AB to George and Doris Bonnett. Terry had 8 siblings and was the 3rd oldest in the family.

At the age of 16, he met a cute little Norwegian girl named Alma Sjerven. They married a few years later on September 1, 1950. They settled on a farm north of Strome. Together they milked cows, sold cream, and rented land to make ends meet. He found great happiness being busy with fieldwork; breaking horses for harness, driving and riding them. Terry loved spending time outside tending to cattle and other farm animals. When the winter months came, he never missed a chance to go ice fishing. Later in life, he spent a great deal of time raising and selling coyote hounds, filling his weekends hunting with them.

To Terry and Alma were born 3 children, Deloris (1951), Dwayne (1954), and Terry Lynn (1960). The family made several moves around central Alberta, spending a significant amount of time in the Ohaton area. In 1986 they made a final move and settled in the city of Camrose.

Terry worked for Fieldhofer/Byers in Camrose for a few years then returned to farming around Viking. He was offered a job and returned to Byers where he worked for over 30 years. He took great pride in his work and retired in 1997 as the feed-mill elevator manager. Terry’s social personality and knowledge regarding animal nutrition enabled him to forge many working relationships and lifelong friendships. He was a member of the Moose Lodge and acted as Governor there for 2 years.

In his retirement, he kept busy with endless carpentry projects, and instilled this love of woodworking in his grandsons. He was a skilled leather worker and made many scale models of horse-drawn carts and wagons. While his hands were kept occupied designing and fabricating, his ears were always attuned to country music on CFCW.

He enjoyed nothing more than a good cup of coffee and reminiscing about the past with family and friends. He loved to tell and retell a good story and discuss current events with his coffee buddies in town. His unique sense of humour was always apparent with his quick-witted straight-faced remarks that left everyone in the room laughing. Despite battling complications that often come with old age, his personality continued to shine through until the end.

He was a loving family man and took great joy in his roles as a father, grandpa, and great-grandpa. His greatest love of all was his wife, Alma. Their love story was one for the ages and was inspiring to anyone that knew them. They were married for 67 years before Alma passed away in 2018. So, although we are saddened losing Terry, we also smile as the two are reunited.

There will be no funeral at Terry’s request.

Memorial donations are gratefully accepted to the Parkinson's Association of Alberta as well as the Alzheimer Society of Alberta, or a charity of one's choice.

Share Your Memory of
Terry
Upload Your Memory View All Memories
Be the first to upload a memory!
Share A Memory
Plant a Tree