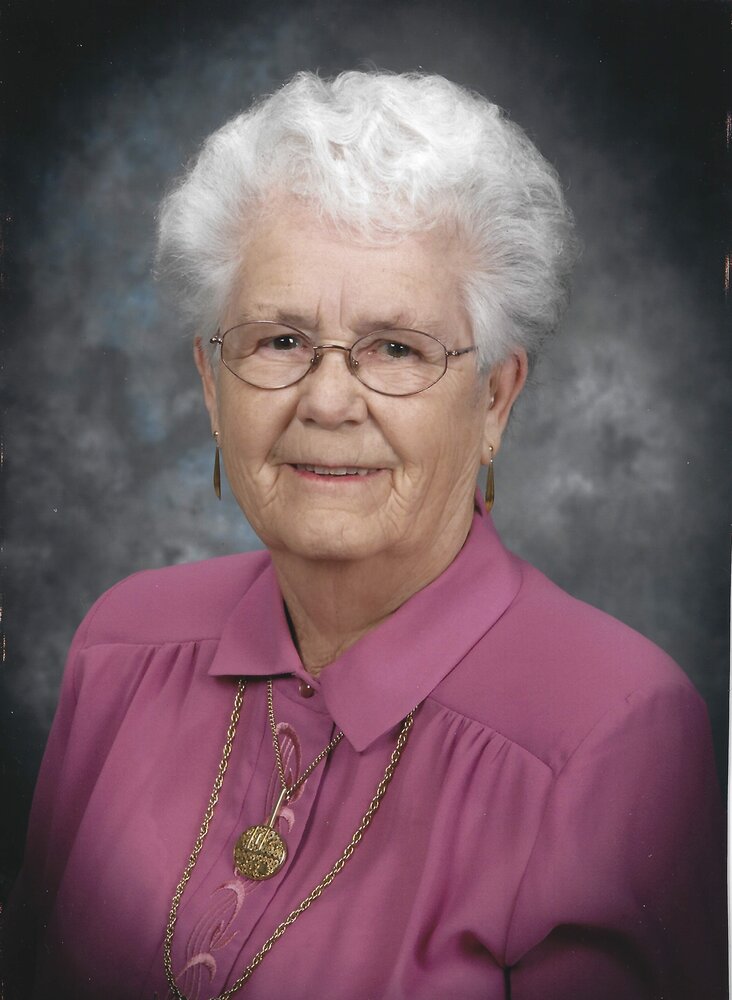 Doreen Hoyme of Camrose, Alberta, passed away on Saturday, February 26, 2022 at the age of 95 years.

Doreen Hoyme, second daughter of Bernt and Ellen Jacobson (nee Niven) was born on August 16, 1926 in the Clark home in Camrose.  After completing her schooling at Hampton School, Doreen moved to Camrose for High School.  She then went on to become a telephone operator with Alberta Government Telephones.

On June 29, 1947 Doreen married Ernest Gordon Hoyme of the New Salem District.  They built a home and started their farm life together, in the Sifton District.

Born to this union was one daughter, Marilyn, and two sons, Nolan and Marvin.

Doreen and Ernest farmed in the Sifton area for 36 years until they bought and moved into their house in Camrose in 1983 where they resided for 28 years.  During those 28 years Doreen continued to help with harvest until she was well into her eighties.

Doreen was an active lifetime member of Sifton Sociables and Lutheran Ladies Aide at Messiah Lutheran Church.  Doreen spent many hours crocheting doilies, working on her Hardanger projects, making lefse, krumkake and rosettes for Christmas.  Doreen loved being a mother, grandmother and great-grandmother.  She enjoyed giving treats to great-grandchildren when they came to visit.

In July 2011, Doreen and Ernest, moved into Deer Meadows in Camrose.  Doreen enjoyed the company and support of so many good friends and Deer Meadows staff for 10 1/2 years. In later years she enjoyed playing Sudoku on her I-Pad, playing card games and doing puzzles with her friends at Deer Meadows.

After an extended hospital stay, Doreen moved to Summerwood Village in Sherwood Park where she passed away peacefully at the age of 95 years on February 26, 2022.