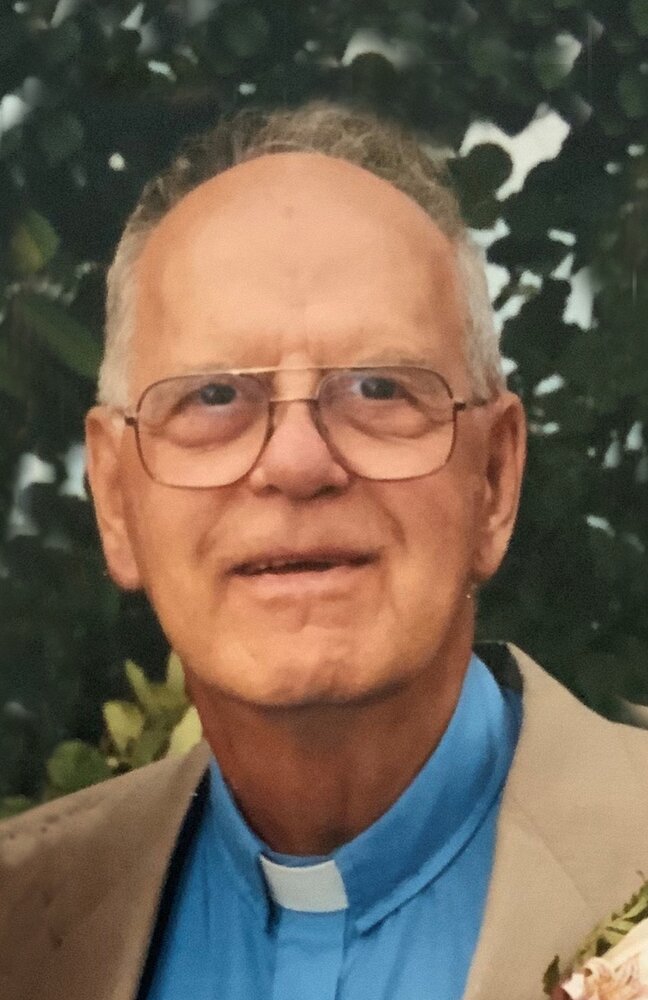 Please share a memory of Allan to include in a keepsake book for family and friends.
View Tribute Book

Ronald Allan Ferguson, known as "Allan," of Wetaskiwin, Alberta, passed away on Thursday, February 17, 2022 at the age of 91 years.

Allan was born in Edmonton to Alex and Lillian Ferguson, the youngest of 4. Studious and hard working, he joined the Anglican priesthood in 1961. After marrying Joyce Deacon the following year, he was sent to Chetwynd, BC and his first parish. Unfortunately, a car accident meant he had to take work outside the church, but he put his compassion and perceptiveness to use at the Bowden Penitentiary. In 1983, he was able to return to his real vocation and led parishes in Pincher Creek, Brandon, and Meadow Lake. In 1994, he retired to Lloydminster then Wetaskiwin with Joyce.

Through his life, Allan enjoyed gardening, fishing and getting out in the RV to relax by the lake. He sought good food, great friends, and excellent conversation- especially if it turned into a debate about scripture. How many campsites he walked, seeking out a good chat. He would have liked to travel more than he was able and often reminisced about the big family trip to Europe in 1984. He loved his dogs, he loved his family and did his absolute best in supporting them.

Joyce “Dearie”, his love of 59 years preceded him in death only a few short months ago. His son Burke also passed in 2016. They were all together, striding to the gates of Heaven, Allan finally getting to greet his beloved Lord whom he so faithfully served.

Left to cherish his memory are his children Tom (Marilyn) Ferguson of Ocean Shores, Washington, USA, and Thyra (Leonard) Verbaas of Coldstream, BC; and grandchildren Connor, Hannah and Sarah.

Allan was predeceased by his wife Joyce; son Burke Ferguson; parents Alex and Lillian; and siblings Margaret, Mabel and Donald.

If family and friends so desire, memorial contributions in Ronald's memory may be made to the Alzheimer Society of Alberta and Northwest Territories.

“You have made us for yourself, O Lord, and our hearts are restless until they rest in you” - St. Augustine

Share Your Memory of
Allan
Upload Your Memory View All Memories
Be the first to upload a memory!
Share A Memory
Plant a Tree