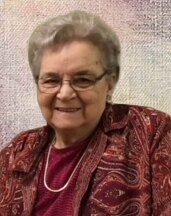 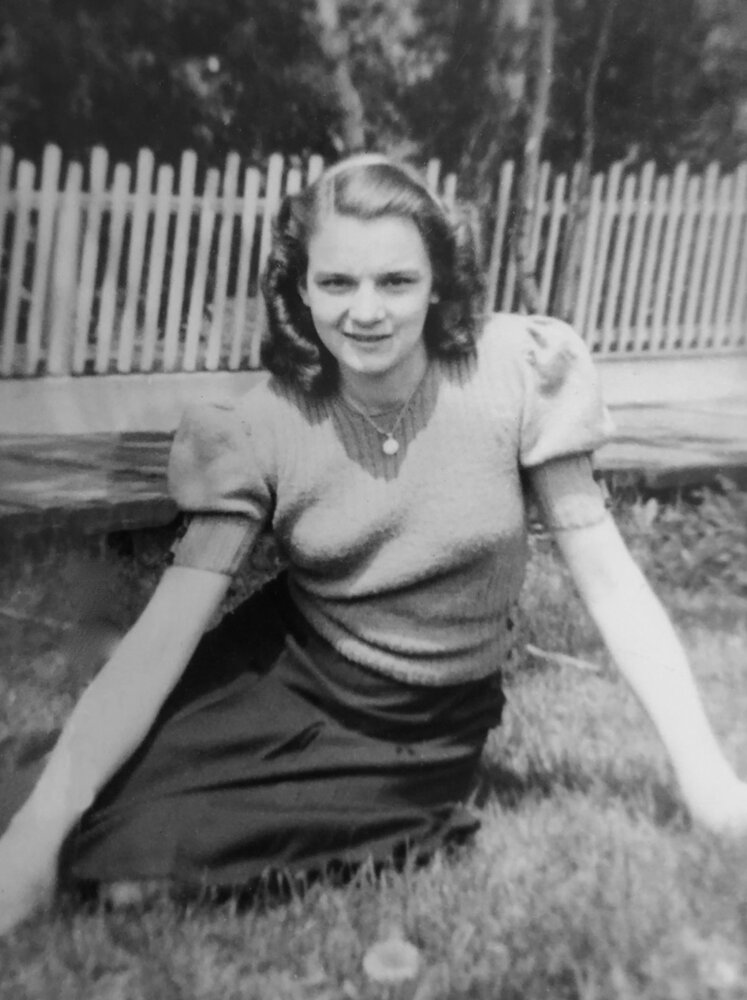 Please share a memory of Vonnie to include in a keepsake book for family and friends.
View Tribute Book

Vonnie Ann Hauser of Camrose, Alberta, formerly of Rosalind, passed away on Monday, January 31, 2022, at the age of 91 years.

Yvonne Ann Hauser (Vonnie) was born October 1, 1930, to Mike and Rose Zwack in Provost, AB. At a young age, the family moved to a farm near Daysland, AB. She grew up there, loving the farm, the animals and the daily chores. Days were spent with her siblings Roger, Carol, and Allan, along with many other relatives and friends. She attended grade school at Chirbury, northwest of Daysland, followed by Daysland High School and then Vermilion College. She regarded her college days as some of the best times in her life, making lifelong friends and endless memories.

Vonnie worked at The Club Cafe and Daysland Cafe for 50 cents an hour, and later at the Daysland Hospital. It was at the hospital she met a handsome young fellow by the name of Gerald Hauser. They married in 1950 and settled in Rosalind, AB. They had five children Brenda, Doug, Gord, Ron, and Harv. They lived in a small house until 1964 when they moved a larger two-story home in. In 1969 Gerald and Vonnie became business owners of Hauser Construction Ltd. Vonnie was a busy mother and did all the books for the business. She was also very active with the Catholic Church in Rosalind. She organized events, taught catechism, and helped prepare for weekly services for many years. She treasured being a member of the CWL for over 50 years. She was a long-time Village Councillor, Royal Purple, and Good Sam member. She was an expert seamstress and volunteered for over 35 years with the local 4H club. She loved her boisterous family get-togethers and never passed up a game of cards. She had a passion for travelling and visited countries all over the world. Later in life, she enjoyed camping and exploring Alberta in her motorhome.

In December 2016, with some hesitation, she decided to try out moving to Camrose into Deer Meadows Retirement Home. She told her family she would still come back to Rosalind two nights a week. That maybe occurred for the first week, but she quickly fell in love with her new home. She enjoyed time spent with old friends from the Rosalind area and made many new ones while playing cards and enjoying the great food.

Unfortunately, when COVID came, Vonnie was confined to her room for a great amount of time. This proved to be very hard on her body and eventually she needed more help. In June 2021, Seasons Retirement Community in Camrose became her home. Right up to her last days she remained sharp, astute, and attuned to the happenings of the world and people in her life. She loved to share stories from days gone by and talk on the phone with family and friends.

Her body simply grew tired and she peacefully went to be with the Lord at the age of 91 on January 31, 2022. She will be greatly missed by her family and friends.
Left to cherish her memory are her sons Gord (Susan) Hauser of Rosalind, Ron (Peggy) Hauser of Camrose, and Harv (Terry Lynn) Hauser of Rosalind; ten grandchildren; thirteen great-grandchildren; siblings Roger (Joyce) Zwack of Calgary, Carol Waldorf of Camrose, and Allan (Debbie) Zwack of Camrose; and numerous nieces and nephews.
Vonnie was predeceased by her husband Gerry; daughter Brenda Fankhanel; son Doug Hauser; grandsons Mathew Hauser and Michael Fankhanel; granddaughter Nicole Arnott; and parents Michael and Rose Zwack.

If family and friends so desire, memorial contributions in Vonnie's memory may be made to the  S.T.A.R.S. Air Ambulance, or to the Heart and Stroke Foundation, or to the charity of one's choice.

Share Your Memory of
Vonnie
Upload Your Memory View All Memories
Be the first to upload a memory!
Share A Memory
Plant a Tree