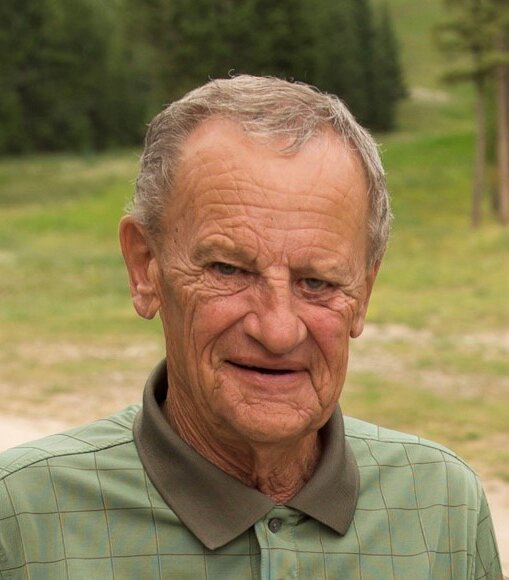 On January 25, 2022, surrounded by his family, in the home that he loved, Peter Pastuck walked across the Rainbow Bridge to meet his good buddy Max the cocker spaniel (plus several of our very missed Pastuck and Trach family).

Born in Prince Albert SK on January 12, 1942 (yes – he just turned 80!), Pete grew up on his family’s farm where he learned the value of hard work, the joy of playing outdoors, and grew his love for family and friend get togethers. We can all agree that dad’s happy place included a lawn chair, a pack of Rothman’s, a rye and coke, and a few listening ears for his many stories. We happily picture him like this today – catching up our uncles, aunties, grandmas and grandpas on all the weather, sports, and general day to days in between getting his heavenly string trimmer out to tidy up God’s yard.

Married to Mary Ann in 1968, she learned from the first date that hockey games, hockey play offs, and hockey talk in the winter, and ball games in the summer would be one of Pete’s priorities for life. For almost 54 years she had to listen to it all whether on the radio or the TV.  Sports played a huge part in Pete’s life – our family grew up cheering him on playing slow pitch with the Norsemen and hockey with the Good Timers. He had such a soft spot for all of the players and teams he went on to manage (and coach in his “I’m not a coach but…” way) and still kept an eye out for the Russian hockey players we billeted and the boys that he watched grow up as part of the Camrose Merchants and Fury teams.

Pete helped create a great childhood for his three kids, Melanie, Jaimie, and Lane. He built them backyard skating rinks and the BEST barbie house, taught them to skate, catch a ball, ride bikes, and drive golf carts (they never got to mow the lawn though). He was always there to answer questions about how to fix things and often would show up with his own string trimmer to get to work on our yards. Pete had a dry sense of humor and probably regretted passing that along to his children – especially in these past few weeks.

Pete loved his grandkids. The babies learned to stick out their tongues very early in life thanks to him and he was often found on the floor playing with them. As they grew older he showed them how to plant tomatoes and cucumbers, how to water them, and sharing the first cucumber of the season with a grandkid was a yearly tradition.

We can’t forget Pete’s soft spot for all of the ‘mutts’. His four current ‘grand-dogs’ will jump to attention when asked if they want to go to ‘Grandpa’s house’ and often fought over who got to sit with grandpa when they finally got there. Guaranteed they could always be found lined up around his chair patiently waiting for him to toss them bites of whatever he was eating. Even in Pete’s last days, the dogs could be found gently curled up near his feet or under the head of his bed.

Pete’s legacy will be carried on by his loving wife, Mary Ann; his three kids, Melanie, Jaimie (Ryan) and Lane; his grandkids, Grace (Curtis), Sam, Katie, Lukas, and Mathias; and his newest joy and great-grandchild – Rhodes. He will be missed by brothers, Ray (Muriel) and Paul (Joey), in-laws Dianne (Lester), Betty, Jeannie, Doug, Connie, and Robert (Loretta) as well as scores of adoring nieces and nephews on both of the Pastuck and Trach sides.

We know dad would likely be super proud if you all went forward in life, being the first to get out and shovel (do the neighbors sidewalks as well), to take pride in your yard care, help out who you can, and then sit back in your lawn chair to enjoy a well earned rest. We know he is doing the same right now.

~ The Family of Pete Pastuck

If family and friends so desire, memorial contributions in Peter's memory may be made to KidSport Camrose or Alberta Health Services Camrose Homecare.

Share Your Memory of
Peter
Upload Your Memory View All Memories
Be the first to upload a memory!
Share A Memory
Plant a Tree