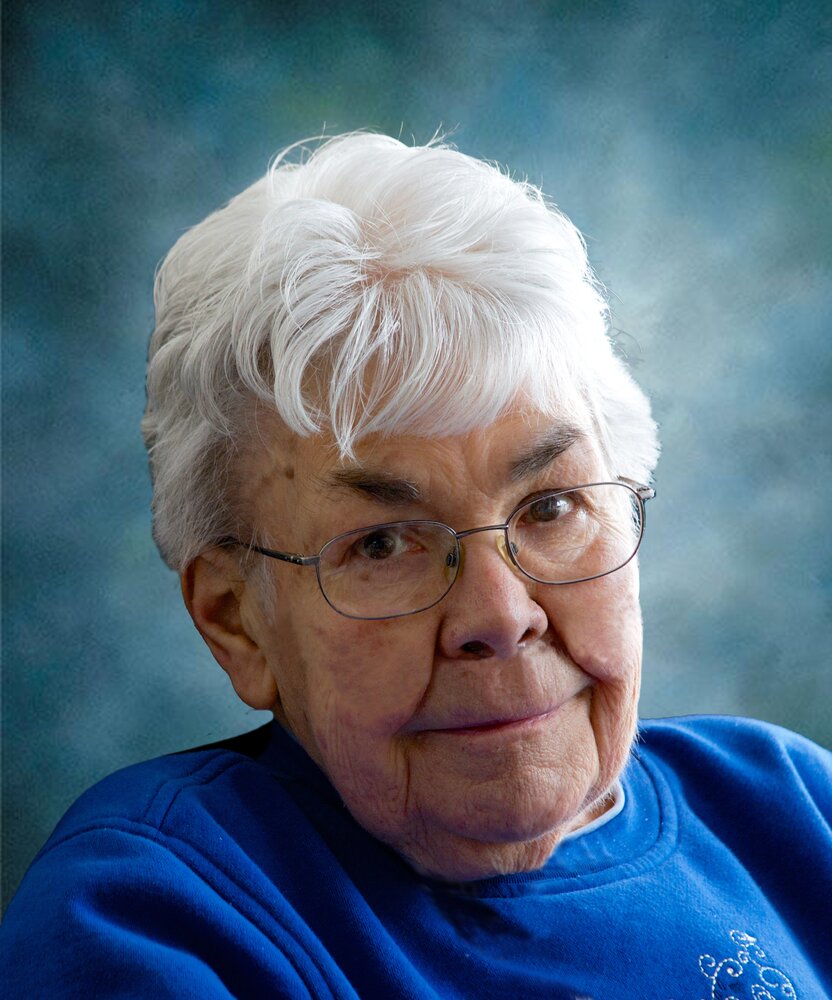 Glenys Irene Blades of Camrose, Alberta, formerly of Mayerthorpe, Alberta, passed away on Friday, January 14, 2022 at the age of 85 years.

On January 14, 2022, after a long period of declining health, Glenys Irene Blades (nee Evans) of Camrose, formerly of Mayerthorpe, passed away peacefully at the age of 85.

She was predeceased by her husband Dick, parents Alwyn and Annie Evans, sister Betty, brothers Bob, Alan and David.

Glenys grew up in Rosalind as the eldest of 6 siblings born to Annie and Alwyn Evans. She attended school in Rosalind where she excelled academically, receiving the Governor General Award in Grade 9.  Following her graduation from High School she completed her nursing education at the Royal Alexandra Hospital, graduating in 1957.

She married Richard (Dick) Blades from Ohaton in 1958 and the young couple moved to the Peers area for their first few years then relocated to a farm in Anselmo where they continued to live and raise their children Susan and Rick.

Glenys returned to work following Rick’s birth and continued her nursing career at the Mayerthorpe Hospital, all while continuing to be a full-time mother and farm wife. She was Director of Nursing at the time of the planning and building of the new Mayerthorpe Health Care Center which opened in 1985.

Glenys was an avid reader, it was her very favorite pastime from an early age. She also enjoyed knitting, photography and travel.  She had many albums full of pictures of family, nature and the places she had visited such as Wales ( the home of her father), England, Crete and the West Coast of Canada.

Above all else, Glenys loved her family and will be greatly missed by all who were fortunate enough to have known her.

Her family would like to express our deep appreciation to the staff of Deer Meadows, Bethany Meadows and Camrose Home Care who cared for her and gave her comfort, making her last years happier.

~The Family of Glenys Blades

Due to current Alberta Health regulations, a private family service was held.

If family and friends so desire, memorial contributions in Glenys' memory may be made to the Alberta Lung Association or the Heart and Stroke Foundation.

Share Your Memory of
Glenys
Upload Your Memory View All Memories
Be the first to upload a memory!
Share A Memory
Plant a Tree