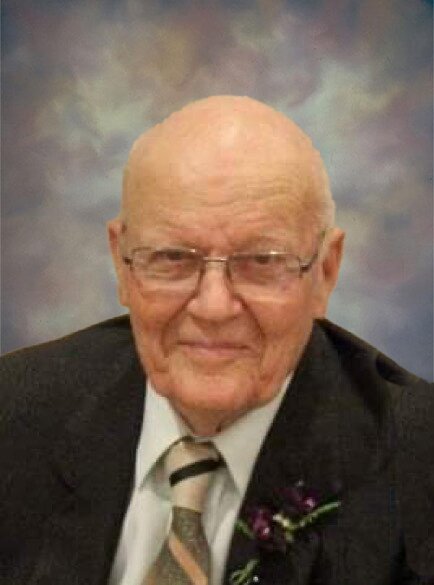 Ernest Edward Cross of Camrose, Alberta, formerly of Kelsey, passed away on Thursday, December 30, 2021 at the age of 88 years.

Ernest Edward Cross, born in May 1933, in Rosalind Alberta, to Andrew (Bud) and Florence Cross.

As a child he spent time helping on the family farm with his brother and sister and he attended Coal Valley school to grade eight. He shared memories of riding his horse to school, and the times he played pranks on his classmates, admitting that he was a bit of a class clown and in trouble with the teacher often. After finishing school, he farmed with his dad, worked in construction, and took up driving trucks, which had him traveling to Lloydminster where he met Alice Henry.

Ernie and Alice were married in 1954 and lived in Bawlf for a few years, before moving to the Cross farm east of Kelsey, where they spent their married life farming, raising a family and making memories.  Throughout the years they grain farmed, had cattle, pigs, chickens and an enormous garden.

Ernie got his private pilot license in the early 1970’s.  He made sure that every visitor to the farm, friend, neighbor, and family member got a ride in his plane.  He loved flying and used his skill to help neighbors find lost cattle, take farmstead photos and give any kid who went up with him a thrill to remember.

One big highlight for Ernie and Alice was taking a trip to Australia to visit dear family friends…he did love adventure.

Ernie worked for Camrose County at mile 10 grader shed, where he spent many hours on the roads taking pride in keeping them graded and plowed. He was very handy with engines and did all of his own repairs.  His farm shop was filled with tools, parts and engines, and neighbors quite often stopped in for advice, help, or to see if he had a part they needed. If he heard you had a low tire on your lawnmower or could not start the tiller, he came over and got everything running and tuned up.

Ernie took up wood working and making toys in the 1990’s as a hobby, and made treasures for family members and neighbors.  He was commissioned in 2008 to make larger scale graders and backhoes that are on display in Camrose County Council Chambers.

Ernie and Alice enjoyed visits with neighbors; the coffee pot was always on and his candy dish was full of chocolate bars. Most of all, Ernie cherished visits with the grandkids and great grandkids, making sure he held every baby first when they arrived at the farm.  He enjoyed showing them his shop, getting them dirt bikes and quads to play on, making waffle fries, spoiling and teasing them (maybe letting them drive the farm truck with him to Kelsey to get the mail). Every visit would end with him asking, “do you want a chocolate bar for the road? Do you need any money? Back your car up I’ll fill your tank!”

Alice passed away in 2016 and Ernie reluctantly agreed to move into Rosealta Lodge in 2017. He grew to love his new home, where he met Barbara. They spent endless hours together laughing and enjoying life. He loved her and was thankful for her help and companionship, most especially during Covid isolation. Ernie enjoyed the time at Rosealta making sure the staff were eating chocolate bars and teasing them like they were family. His health declined, and in December 2021, he moved into Bethany Meadows, passing peacefully in his sleep on Dec 30, 2021. He was 88 years old.

There will be a private inurnment at Melville Cemetery in the spring.

If friends and family so wish, memorial donations in honour of Ernie’s life can be made to Kelsey Community Society, Melville Cemetery or the Camrose Flying Club.

Share Your Memory of
Ernie
Upload Your Memory View All Memories
Be the first to upload a memory!
Share A Memory
Plant a Tree