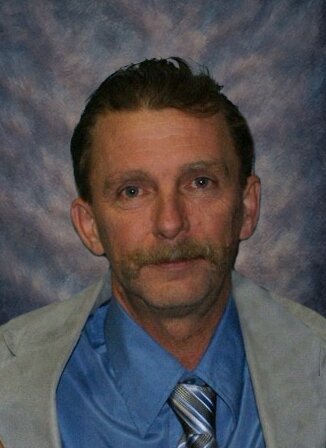 Please share a memory of Robert to include in a keepsake book for family and friends.
View Tribute Book

Robert Wesley Broen, was born in Tofield, Alberta on May 8, 1959. He was tragically taken from us on December 11, 2021, at the young age of 62.
Left to cherish his memory are his children and grandchildren; Janelle with Clay, Carter, Grady and Avery; Jason (Jeanine) with Jordyn, Jenna, Jaxon and Jayda; and his youngest son, Jayden; mother Rosemary; and his siblings Calvin, Gary (Heather), Brian (Ionne), Lloyd, Darrell and William Broen. Robert was predeceased by his father Gordon; grandson Clay; brother Donald; and sister Sherry.

In 1983, Robert became a father to “Daddy’s Little Girl”. Shortly after, in 1985, came along his first-born son. 1998 Robert quickly became a grandpa, and to complete his family in 2001 Surprise!!, a second son. Robert was a proud grandfather to eight grandchildren, and all were lucky enough to experience his fun-loving personality.

Robert found his true calling in road construction, where he put in decades of long, back-breaking hours. When he wasn’t working, Robert could be found cruising in his Mustang - Tim’s in hand and his favourite tunes cranked. He would cruise out of town to visit friends or bring them on his adventures...sometimes with an occasional speeding ticket to spice up the trip (or make a good story). Robert was an avid Oilers fan and passed this love on to his children and grandchildren. He collected Oiler gear for his team and was always on the hunt for trinkets and antiques at the local auction. Then talk about fashion sense...Robert was hard to miss with his snap-up Western shirts and snakeskin boots. He was always on a mission. His love for music was unmatched and never ceased to win attention. Whether it was live or recorded, Robert loved it all. He was really good at finding the one-offs or having a really good laugh. So, if you’re up for one of his favourites we couldn’t play today “Scuzz Twittly”.  Just for you Robert!

Robert was an amazing man with such an unbelievably big heart. He was very compassionate, understanding, thoughtful, witty and would always give to someone else before he would take anything for himself. He would always try his hardest in life with whatever hurdle came his way. Helping his family was always on his mind, some days it was just a phone call, a text, sending flowers or just showing up for coffee.
His life was always about working hard even through the not-so-good days. “Don’t Worry Be Happy” is what he would want to tell all of you here today.
Cheers Robert, This ones for you!!

A funeral service was held at 1:00 p.m., Friday, April 8, 2022, at the Burgar Memorial Chapel with Rev. Brian Hunter officiating.

If family and friends so desire, memorial contributions in Robert's memory may be made to Stollery-Children's Oncology Department as well as Cross Cancer Institute.