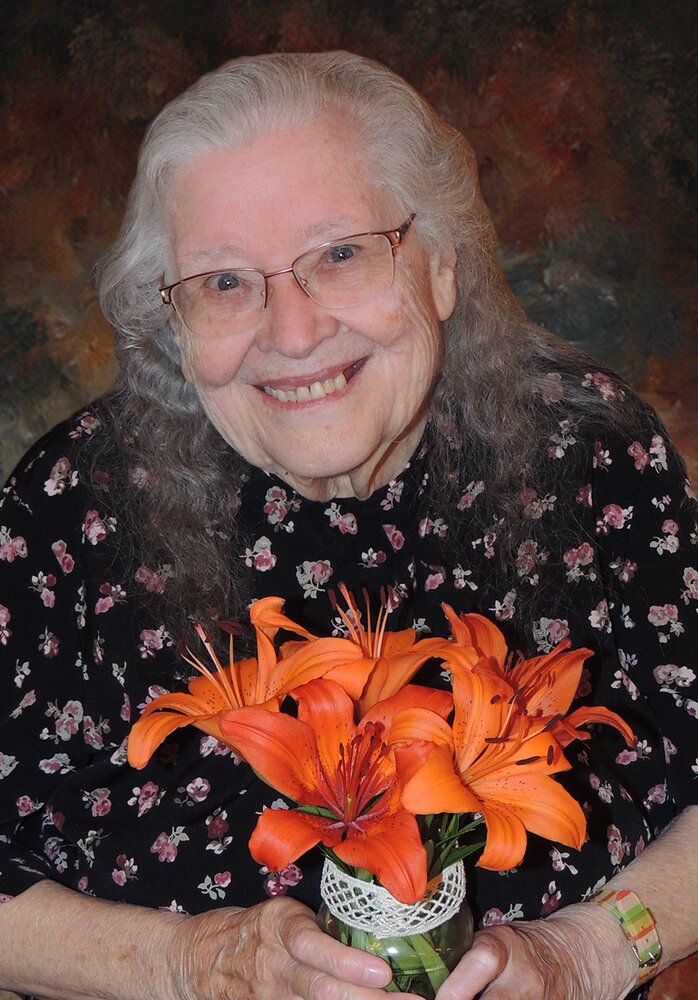 Elma was born on August 21, 1934 to Jake and Tina Goertz in Waldheim, SK.  She was big sister to Cliff, Les and Ray.  Her family moved to Alberta for a brief time before settling in Southern B.C.

Elma took a teacher’s degree and also attended Millar Memorial Bible Institute where she met many lifelong friends.  Early in her career, she was contacted by a Bible school classmate about a teaching position in a small lumber mill community, Crescent Spur, B.C.  It was here that she met her husband, David, in 1961.  They married in 1963 and began their life together.  Cheryl Dawn was born in 1964 in Prince George, BC.  Clarke David arrived in 1966 in Edmonton, AB., followed by Darla Joy in 1970 and Debra Joanne in 1975, both born in Camrose, AB.

Elma’s interests included reading her Bible, “connecting” with new people, and keeping in touch with her many friends and relatives.  Her phenomenal memory for names, dates and family connections helped her to get acquainted and oftentimes “related” to complete strangers in record time.
Elma passed away peacefully in the Red Deer Hospice on November 23, 2021.  She is survived by her daughter Cheryl, son Clarke, daughter Darla (Gordon), and daughter Debra (Charles) with grandchildren Tabitha, Silas and Felix.

She was predeceased by her husband David, parents Jake and Tina, brother Les, and sister-in-law Norma (Cliff).

If family and friends so desire, memorial contributions in Elma's memory may be made to The Gideons International - Canada, or to the Red Deer Hospice Society.