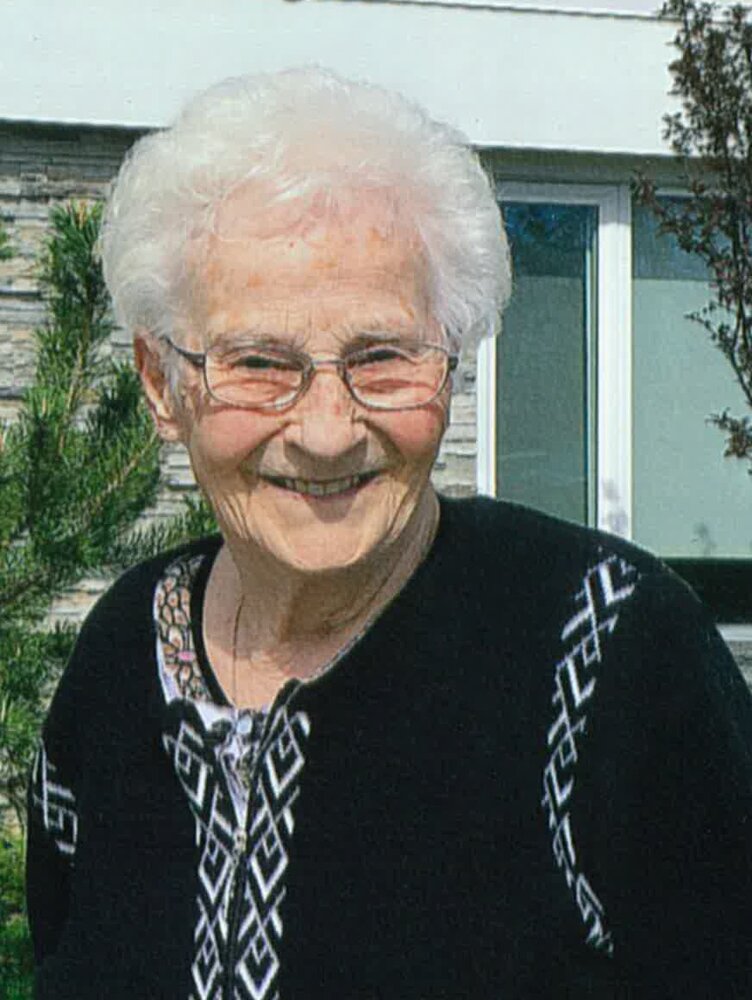 Theresa Annette Gonty of Red Deer, AB, formerly of Belleview, MB, passed away on Tuesday, November 16, 2021, at the age of 91 years.

On November 16, 1930, Theresa was born the second child to Wilfrid and Amy Barré. She was born and raised in Belleview Manitoba along with her brother Wilfred and sisters Alice and Lois. Theresa married Maurice Gonty on June 27, 1951, in Belleview and they settled on Maurice’s family farm where they raised their five children. Theresa lived on the farm until 2004 when she moved to Virden. Theresa passed away in Red Deer Alberta on her 91st birthday after a long battle with Alzheimer’s.
One of Theresa’s loves in life was to garden. She also loved to cook and feed people. Theresa was involved in the church and attended daily Mass at Sacred Heart Parish in Virden. The greatest joys of her life were her children and grandchildren.

If family and friends so desire, memorial contributions in Theresa's memory may be made to Chalice Canada, or to Sacred Heart Roman Catholic Church in Virden, MB.

Share Your Memory of
Theresa
Upload Your Memory View All Memories
Be the first to upload a memory!
Share A Memory
Plant a Tree