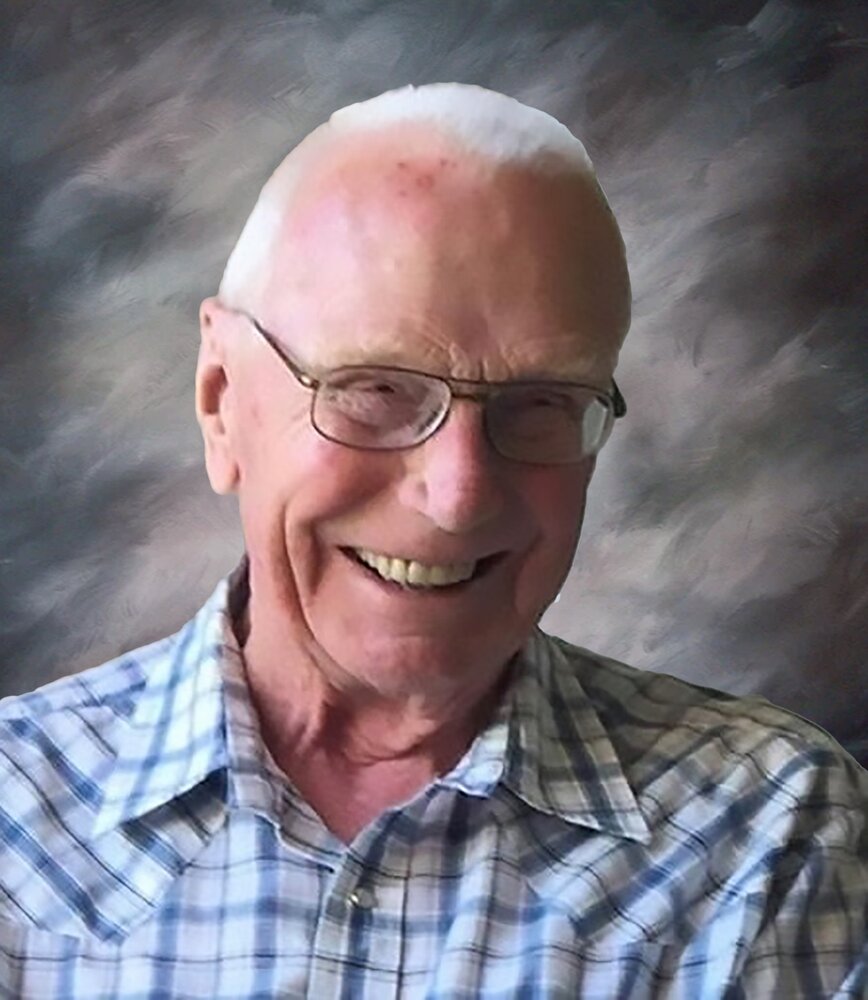 Jarvis Christensen Wiuff of Camrose, Alberta, passed away on Saturday, October 30, 2021 at the age of 96 years.

Dad was born August 9, 1925, the fourth child of Alfred and Mabel (nee Christensen) Wiuff on the farm in Pipestone County, Minnesota. They moved near St. Paul, Minnesota when Jarvis was a teen as his father became the caretaker of the Methodist Campground. He learned how to work from a young age on the farm, on the campgrounds and in a tree orchard. He also found time to be a Boy Scout, sea cadet, and loved playing football. Most importantly he found a relationship with Jesus at the age 14 because of a Sunday school teacher, who influenced his life over many years and helped him find his first church in Minnesota.

In 1943, when he was in grade 12, he was sent off to boot camp just before Christmas. He almost lost his life due to an epidemic aboard the USS Ajax, but God spared his life. One of the rewards of serving his country was to be given an opportunity to attend college. He eventually made his way to Anderson, Indiana where he got an education and found the love his life, Joyce Grandfield. Following their marriage they served as pastors for the Church of God in South Edmonton, Bertha, Minnesota and Dayton Valley, Alberta. While he was in Drayton Valley, he also taught at the Alberta Bible Institute that later became Gardner College.

They then moved their young family to Camrose where he was dean of the bible school and later a social worker in Camrose. Working for Alberta Social Services took him to Blairmore, High Prairie, Edmonton and back to Camrose. After leaving Social Services he did administrative work for Bethany Homes.  After the death of Joyce, he found love again and married Milly Riemer.  Milly and Dad enjoyed serving where they could and especially at the church camp. Dad always enjoyed working in the garden and sharing his produce with family and friends. Dad was able to engage people of many different backgrounds and truly enjoyed and valued these encounters. He was one of the most positive people I have ever met and knew how to encourage.  He would say often “God is Good”, “great day in the morning” and “you have to learn how to adapt”. He was a life long learner and grounded in the word of God. His wisdom was always valued.

He will be meeting his wife Joyce, parents, sisters and in-laws at the eastern gate of heaven. He leaves his wife Mildred, his children Bonnie (Dave), Paul (Fern), Linda (Rob), John (Sandra) and Edna Mae (Sheldon) along with his grandchildren and great-grandchildren, sister Joyce, sister-in-law Laverna, and numerous nieces and nephews.
He was predeceased by his mother and father, wife Joyce, and sisters Esther, Avis and Delores.

A private service will be held.

If family and friends so desire, memorial contributions in Jarvis's memory may be made to Meals on Wheels Food Program Camrose.

Share Your Memory of
Jarvis
Upload Your Memory View All Memories
Be the first to upload a memory!
Share A Memory
Plant a Tree