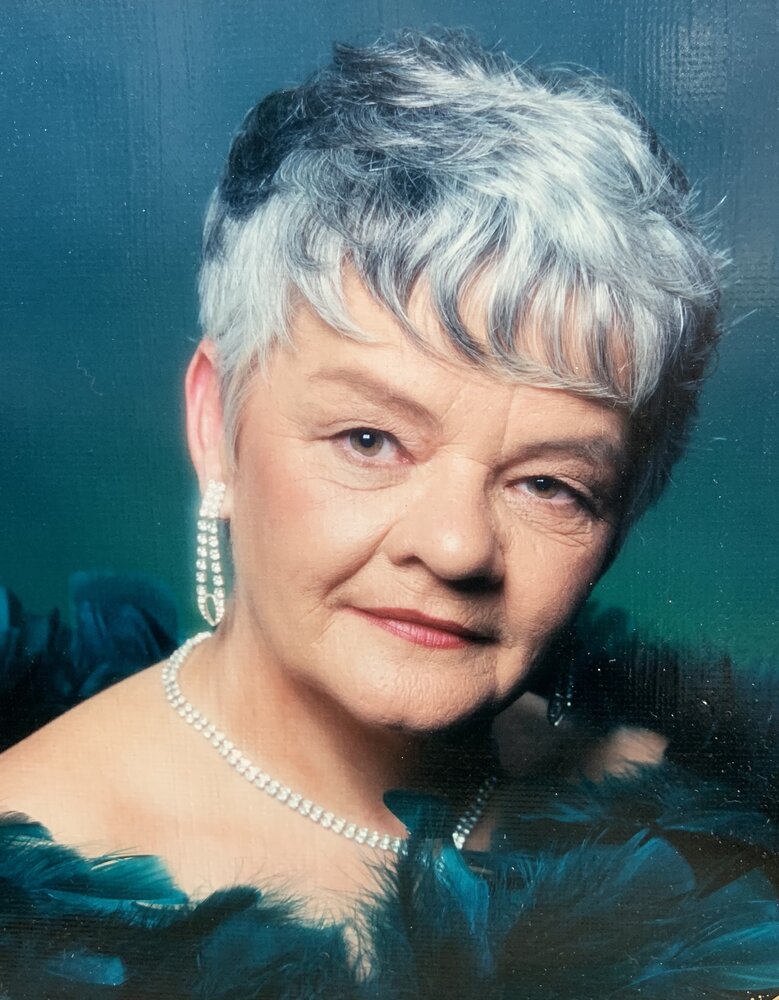 Please share a memory of Elaine to include in a keepsake book for family and friends.
View Tribute Book

Elaine Margaret Rea was born on September 21, 1943 in the small Manitoba town, Deloraine.  Her larger than life spirit and shenanigans took her on adventures in many places throughout her 78 years, 1 month and 2 days on this Earth.

Elaine was an active, energetic, and full of life lady, that would dance no matter where she was, including through the grocery store aisles.  She had a few name changes: Elaine Hampton, Elaine Chalmers, Auntie Purple, Chalmy, and one final name change to Gramma Dynamite that stuck for the remainder of her life.  Gramma D had a passion for travel and had an ability to appreciate experiences that most others take for granted, such as her first swim in the ocean when she was in her 50’s and her exclamation, “It’s salty!!”

She had so many natural talents and put her heart, soul and passion into activities such as cooking, baking, making chocolates, cake decorating, knitting, crocheting, sewing and cutting and styling hair.  Anyone who was lucky enough to experience the finished products, such as her GD pancakes, or the matching orange plaid polyester pant suits she and her two daughters sported in the 70s, can attest to her abilities in anything she did.

Elaine was a beloved daughter, sister, wife, mother, auntie, grandmother, great-grandmother, friend, co-worker, and neighbour.  She had a knack for making anyone she met feel comfortable, at ease and welcomed, not just as friends, but as family.  Her ability to listen, comfort and give you crap when you needed it always allowed you to be yourself, as she was always authentically herself. With her caring and giving nature, it’s no surprise that Christmas was one of her favorite holidays and she always gave of herself generously.  She loved snowmen of all kinds, but of course, the blue ones were her favorite.

She seemed to have a saying for any occasion, such as “I don’t think, I don’t get paid for it”, “Wish in one hand and Sh*#t in the other and see which one get’s full first”, and “Just do it, and then it’s done”.  She always knew just what to say, and most always had the last say.  All that knew her will confirm, that “she was always up for anything” whether it be a game of cards, some tom-foolery or just a long chat until the early hours of the morning, she was in.

Elaine made sure to be presentable, especially her finger nails, which were always long, polished and perfect.  This may be due to her flipping the bird so much and wanting to make sure that finger would photograph well.  Whatever her reason was, she was a beautiful lady from head to toe, inside and out.

Due to Alberta Health regulations, a private family service was held. A recording will be made available following the service.

If family and friends so desire, memorial contributions in Elaine's memory may be made to the Autism Society of Alberta.

Share Your Memory of
Elaine
Upload Your Memory View All Memories
Be the first to upload a memory!
Share A Memory
Plant a Tree