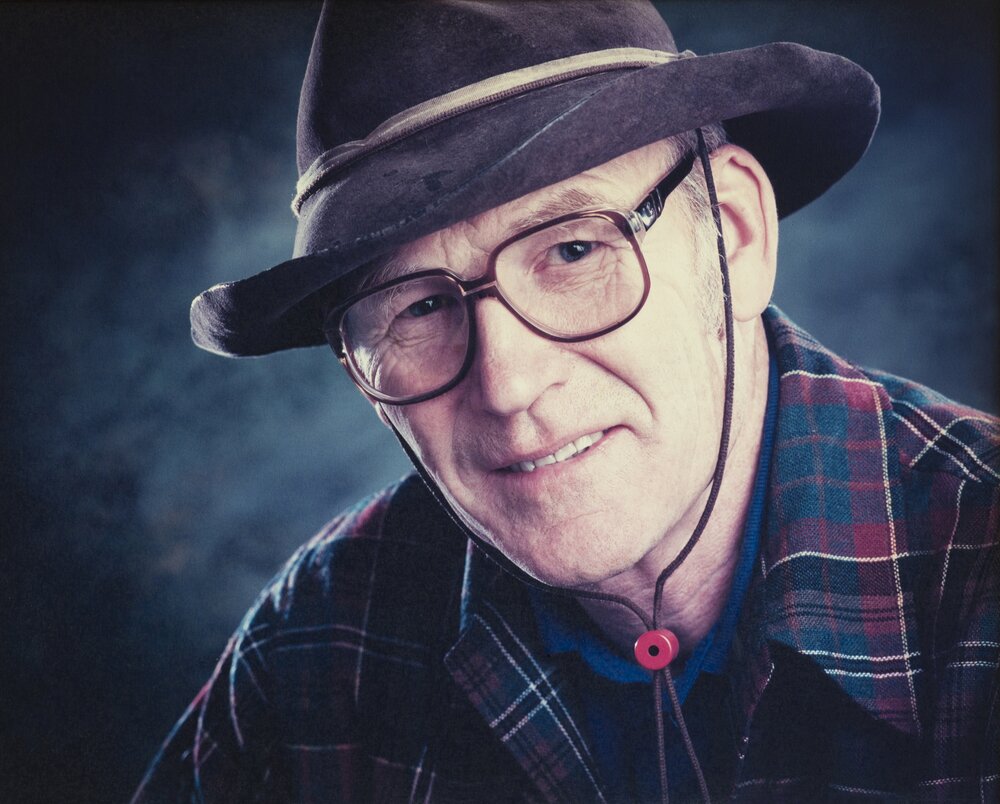 Please share a memory of Garry to include in a keepsake book for family and friends.
View Tribute Book

With great sadness, we announce the passing of Dr. William Garnet Gibson “Garry/Gibber” on Thursday, October 21st, 2021. He is predeceased by his wife of 60 years, Dorothy Joyce Gibson (nee Rowe) who passed on December 23rd, 2020. He is dearly missed by his children; Nancy Gibson of Racine, Wisconsin (husband Keith Kohlmann and children Samuel and James), John Gibson of Canmore (wife Jean McAllister), and Carol Gibson Coyne (husband Geret Coyne and children Saidy and Karly); by his brother Don Gibson (wife Anne Gibson) of Coquitlam (children Denise, Kim, and Gordon); wife Jackie of his predeceased brother Tommy and children (Lennette, Pat and Tammy). He is also sadly missed by his family, friends, colleagues, and a multitude of students and athletes who filled his life with purpose and joy.

Garry’s commitment to building a loving community held strong right to the end of his days. His amazing caregivers at home and staff at St. Mary’s Hospital would attest to the light he brought in his own way to those around him.

Garry was born in Vancouver, British Columbia to William Lloyd and Violet (nee McRae) Gibson. He was the eldest of three boys, Don and Tom. His father Lloyd was a logger in Avola and later in Arrow Park, British Columbia. The boys were raised partially at his father’s logging camp and were influenced by being around men who did an “honest day's work” and lived with respect for the natural environment and “the power of natural consequences.”

His mother Violet and her sisters Alida and Lottie were trained as teachers. All of these women had a huge influence on Garry, and they inspired him through high school to go on to higher learning. Initially, Garry studied Forestry at the University of British Columbia but struggled to bridge rural education with urban university expectations.

He decided to take a break from university, and inspired by his Christian faith, was called to accept a lay minister position in Burns Lake, British Columbia for 2 years. There he met Kaare Engstad, an Olympian from Camrose, who refined his cross country skiing technique and ignited a lifelong love for the sport. However, he left the ministry for he said, “After attending to 40 funerals and 2 weddings during the two years and having minimal interaction with youth, I felt I would be better suited to study education.” He returned to the University of British Columbia to the Faculty of Education and graduated in 1958 as a Physical Education teacher.

His first years of teaching were in Terrace, BC at a high school which he described as a “wild and woolly experience” that challenged his ability to work not only as a teacher, but he also needed to navigate the many social issues of a northern BC town.

He recalled that the biggest miracle of his life happened when he met Dorothy (Doh) at a Christmas party in Trail, BC when a huge snowstorm interrupted his plans to head to Vancouver for the holidays. After corresponding by letters, they married in August of 1960. He took his new wife to Terrace where they grew their family to include children Nancy and John.

In 1963 Garry and Doh moved to Edmonton where Garry started his Master’s program studying Outdoor Education at the University of Alberta.

In the fall of 1964, they moved to Camrose and Garry began his work at Camrose Lutheran College. They celebrated the birth of their third child, Carol, later that year. Over the next 31 years, Garry taught Physical Education. He developed an Outdoor Education program after obtaining his Doctorate from the University of Alberta in Outdoor Leadership.

Gibber founded the Vikings Cross Country Ski Team at the CLC in 1974. He recruited and produced athletes and coaches who eventually competed at an international level. With his “blood, sweat, and tears,” he became a driving force behind the Camrose Ski Club recruiting any willing or unwilling members to create and maintain the trail system which has had a lasting impact in the Camrose area to this day.

Within the college environment, Garry found a way to impact many people’s lives, lifting them up to find their calling in life and ultimately reach the goal of creating community and making this world a better place.

In retirement Garry found his stride volunteering with the Augustana Outdoor Leadership trips, coaching and developing a system to send athletes to the World Universiade Games. He also took a leading role at the Camrose United Church and became a strong advocate for the environment through his work with the Green Committee with the Camrose City Council. He could be found daily in the Stoney Creek Valley walking, biking, cross country skiing, and enjoying conversations with new and old friends.

Garry and Doh were always a team, and their biggest joy was to share their lives with their family and friends. Our father lived with the basic belief that we could not control the force of life, however, we could control how we responded to life with the strength and courage that we found in our faith in God’s love. He trusted people’s good intentions. This gave him the ability to accept the help he needed on his journey and be appreciative of people’s efforts.

His legacy lives on, not only in his visible accomplishments, but in the lives he has impacted and the hearts he has filled with love over his lifetime.

There will be a celebration of life for Garry and Dorothy in the spring of 2022.

In place of flowers, please consider donating to the following scholarships for students at Augustana University:

Please forward your memorial gift to:

Should you wish to make a gift electronically, please visit:

aug.ualberta.ca/give2aug
and direct your memorial gift to the Dr. W. Garry (Gibber) and Dorothy Gibson Award for Excellence in Nordic Sports under the "other" option.