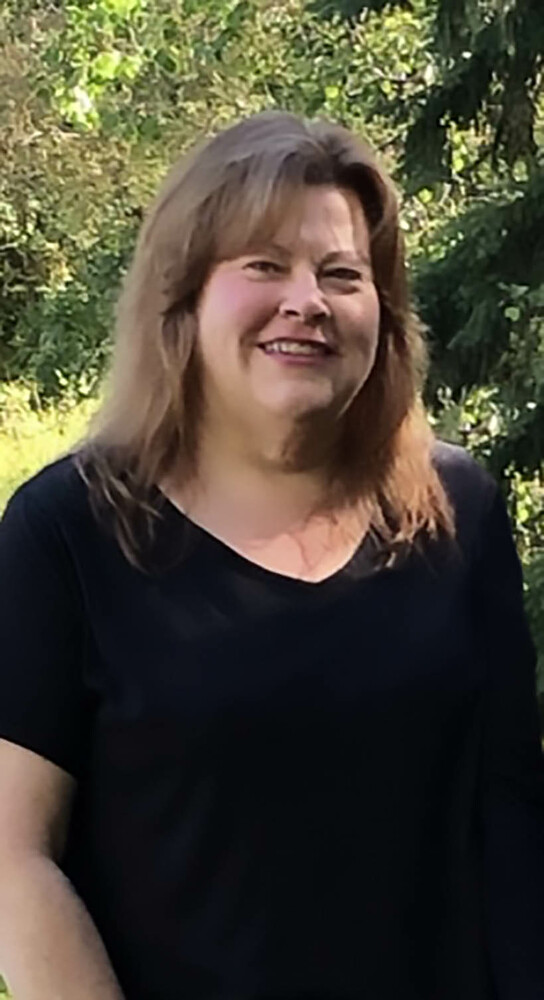 Please share a memory of Bonnie to include in a keepsake book for family and friends.
View Tribute Book

Bonita Ann (Bonnie) was the first born to Phyllis and Ted Sieben on April 26, 1967. Primarily, Bonnie received most of her basic education in Camrose, both elementary and high school. After high school, she completed a beautician certification. After 5 years of hair styling, she switched careers and became a social worker and worked in corrections, then completed her employment life with Canadian Mental Health.

Bonnie’s main focus in life became her nieces and nephews. There was always a lot of noise, laughter, Tik Tok, cuddling, crafting, picture taking and generally just lots of fun. Just spending time with them was the greatest gift to her.

One of Bonnie’s favorite chores was picking Alexis and Avery and their friends up from school when able. She loved wiener roasts, crafts, spending time with her friends and popping over to her mother’s house to check out “what’s cooking”!

Friends and family all know that one of Bonnie’s most outstanding traits was being meticulous. Her cleanliness and obsession for a germ-free environment lent itself to pranks and laughter and at times frustration. As well, she was caring, compassionate and giving as much as her health allowed her.

Complications with major health problems from age 28 and onward became a big part of Bonnie’s life. She fought a courageous battle until Sunday, October 17th, 2021 at age 54 at which time she passed away with her mother and sister by her side.

Bonnie was predeceased by her father Ted in 1978, and grandparents.

If family and friends so desire, memorial contributions in Bonnie's memory may be made to the charity of one's choice.

Share Your Memory of
Bonnie
Upload Your Memory View All Memories
Be the first to upload a memory!
Share A Memory
Plant a Tree