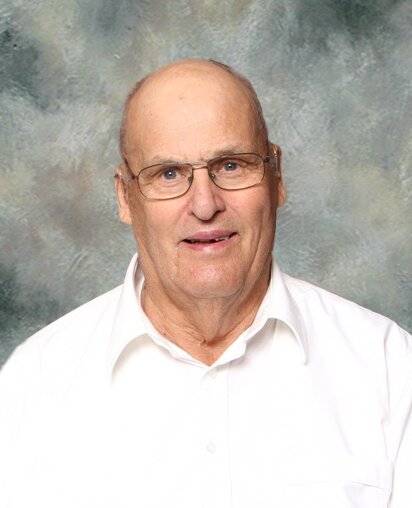 Please share a memory of Willis to include in a keepsake book for family and friends.
View Tribute Book

Willis was born on May 28th, 1938 in Donalda to Thorvald and Alberta Bolding.  Willis had five brothers and sisters named Kenneth, Connie, Margaret, Diane and Gerry. Willis initially went to Donalda school and then to Bawlf school.  Willis had an enduring love for Donalda and spending time playing in the hills near the family farm. Willis married Bernice Campbell of Round Hill in 1962. They lived in Grand Prairie and Nisku before they moved to the farm of Willis’s mother in 1967. They dairy farmed there for 40 years. They had two sons, Kevin was born on May 23, 1964, and Darren was born on September 7, 1968. Darren married Andrea Butlin on May 21, 2017.

Willis enjoyed spending his time outdoors on the farm and camping.  He was the happiest when he was tending to his cows or sitting in his tractor planting and harvesting his crop. He was very good with his hands and was proud of the farmhouse, barn, garage, and many sheds that he built himself. He always enjoyed swimming, and sitting around a good fire, listening to country bluegrass and gospel music.
Willis had a very strong faith in God and actively attended and supported Skudesness Lutheran Church of the Bawlf Lutheran Parish.
Willis and Bernice had a love for travel. They have driven east across Canada, north to Alaska, and south to most of the United States. They also visited Europe, Mexico, Hawaii and New Zealand to visit Darren when he lived there.

Most of all, Willis loved being with family and friends. Willis and Bernice would take their motorhome and camp with friends at various lakes around Alberta. Willis loved to floor curl and play the card game of Ski-Bo; and always enjoyed winning. Willis’s grandchild, Julianna, was born on November 7, 2017.  He was very proud of Julianna and enjoyed all the hugs that he received.

Willis was predeceased by his wife Bernice; parents Thorvald and Alberta; and brother Roy Kenneth.

If friends and family so desire, memorial contributions in Willis' name are gratefully accepted to the Skudesness Church, or to the Cross Cancer Institute.