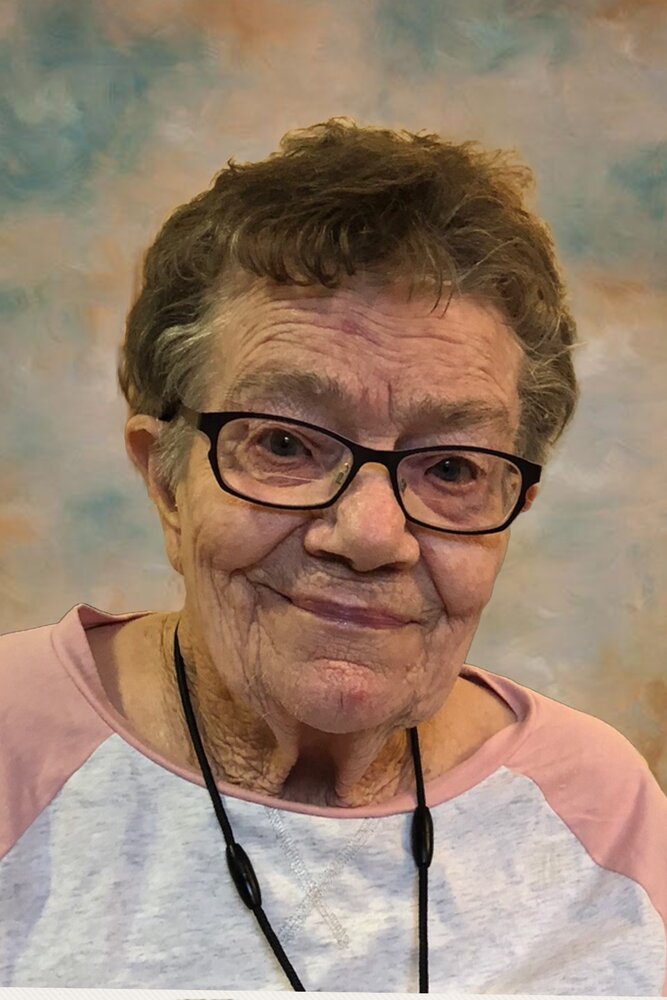 Kathleen (Kay) Annie Sroka, beloved mother, grandmother, great-grandmother, and friend was born on September 26th, 1926 to Thomas and Anastasia Crotty of the Bruce area. Kay was the eldest daughter of eight children. She passed away on October 5th, 2021 at the age of 95 years.

In 1945 she married Charles Sroka and to this union two sons were born. One boy died in infancy leaving her only surviving son Bob, born in 1952. She was also blessed with two grandchildren Adam and Sheri.

They farmed in the Bruce district from 1945 to 1977, when they moved to Viking. Kay then started working at the nursing home. They spent many hours playing cards and enjoyed camping.

In 1990 they moved to Camrose, where they could be closer to their children and grandchildren. After the loss of Charles she sold her house and moved to Armena with Bob and his family. She then spent many years helping once again on the farm.

Kay’s memory will be cherished in the hearts of many that she touched.

If family and friends so desire, memorial contributions in Kathleen's memory may be made to the St. Francis Xavier Building Fund, the Cross Cancer Institute, or to the Alzheimer Society of Alberta.

Share Your Memory of
Kathleen
Upload Your Memory View All Memories
Be the first to upload a memory!
Share A Memory
Plant a Tree