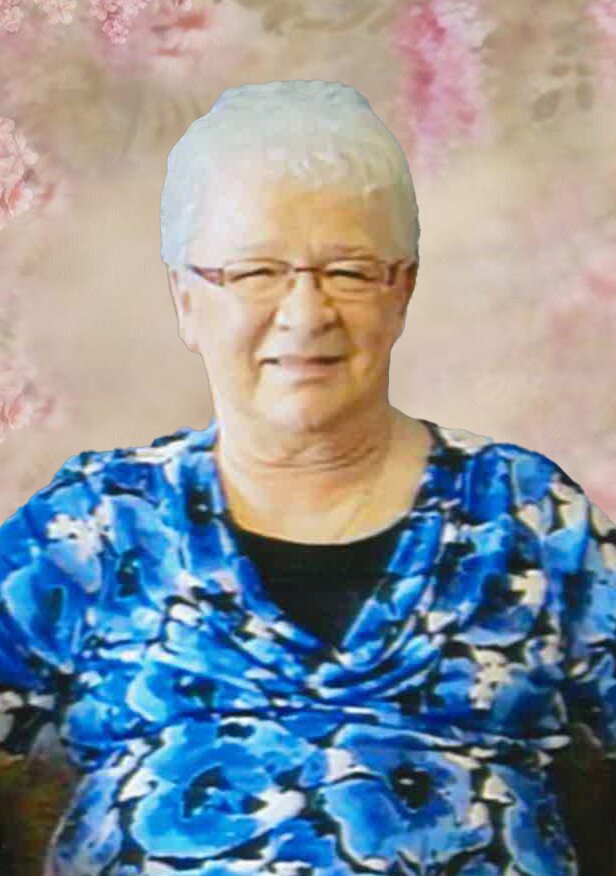 Donna Teresa Saby of Camrose, AB, formerly of Duhamel, AB, passed away on Thursday, September 23, 2021, at the age of 83 years.

Donna Teresa (Morgan) Saby was born on March 4, 1938, in New Norway, AB to Thomas and Louise Morgan. She passed away suddenly on September 23, 2021, at the University Hospital, Edmonton, AB.
Donna was raised in the Edberg, AB area.  She attended the Edberg School until grade 8 when she left school early to help at home.

As a child, she loved swimming in the muddy West farm slough with her siblings. During the winters they would shovel off the snow to enjoy skating and playing hockey.  Summer was filled with gardening, playing croquet, sitting on the rooftop playing the accordion as her sister Louise would howl along.  Ping pong was a game Donna and her siblings played on the kitchen table, which she excelled at. In her later years, she taught herself how to play the piano. Purchasing an electric keyboard, Donna loved to sit and play away.

On November 1, 1957, Donna married David Ross.  To this union five children were born, Timothy, Judy, and Darrell (twins), Sharla, Michele. In the early years, they lived in various places, then settling on the Ross farm in 1962.  During these years she raised her family while working very hard on the farm. She was an immaculate homemaker, avid gardener, loved her chickens, and helping raise other farm animals.  She made the best cinnamon buns and fried chicken EVER!  In the later years, David and Donna parted ways. On May 20, 1989, Donna and Ken Saby were married.  They enjoyed living on their beautiful acreage near Duhamel.  They spent many hours together, working in their yard, loved entertaining friends and family, and traveling to destinations.  Many pool games were played and outdoor barbeques enjoyed.
After Ken’s passing in 2001, she moved to Camrose, AB. She took pride in her housekeeping career with St. Mary’s hospital.  After retirement, Donna enjoyed crocheting, puzzles, having Sunday family dinners, and spending time with friends and family.

A private family service was held. To view a recording of the service please click on the following link:

If family and friends so desire, memorial contributions in Donna's memory may be made to the Heart and Stroke Foundation, the Canadian Diabetes Association, or to the Stollery Children's Hospital.