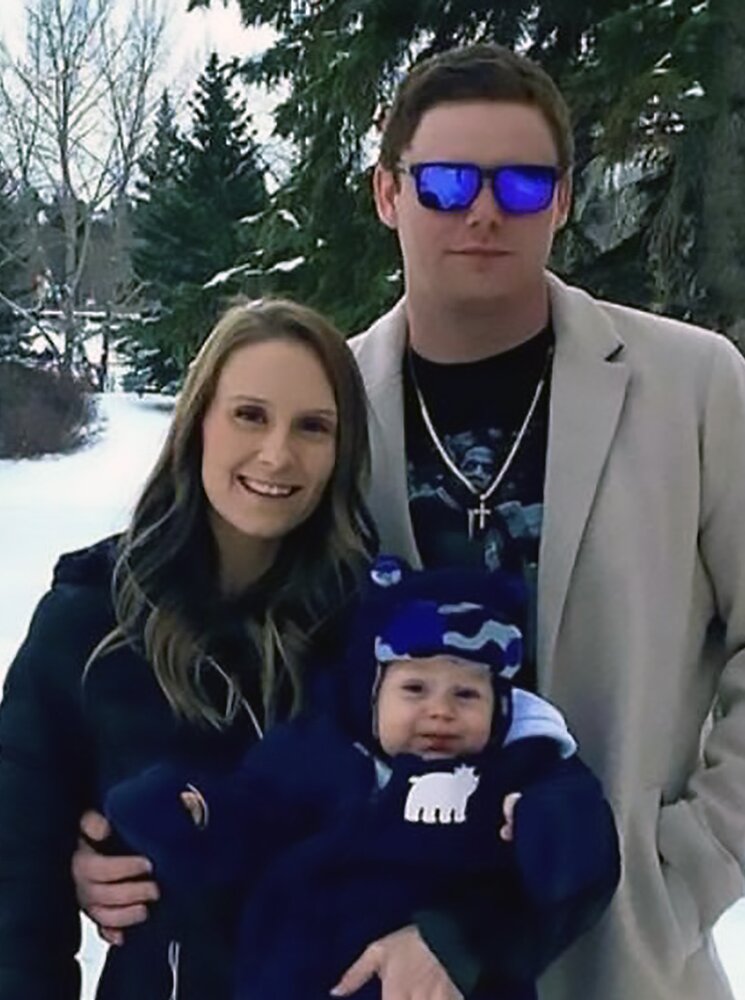 It is with profound sorrow that the family of mother and son, twenty-four-year-old Mchale Busch and sixteen-month-old Noah McConnell, of Camrose, Alberta, grieve their passing on Thursday, September 16th, 2021.

Mchale Erica Busch blessed Stuart and Karen Busch on February 13, 1997 in Wetaskiwin, Alberta.  In June of 1997, Camrose became home for the Busch family for the next 18 years.  Stuart worked with ATCO at the Forestburg Generating station- commuting 60 minutes to and from work to ensure the best opportunity for the Busch family.

Mchale participated in many Camrose programs but skating soon became her passion and the Camrose Skate Club her second home. Mchale welcomed her baby sister Janine on March 3, 2001.  Always a loving and protective big sister, there were very few disputes among the girls, love and adoration always described their relationship.

Mchale attended Jack Stuart Elementary School, Our Lady Mount Pleasant for middle and senior high school in Camrose graduating in 2015.  She worked for Camrose Association for Community Living from 2015-2017. From September 2017 to August 2019, she attended Norquest College in Edmonton and completed her Practical Nursing Program.

Cody and Mchale met in June of 2014 and their lives intertwined evermore.  Her high school sweetheart they spent the past seven years growing together.  Upon completing her program, she returned to the Association and planned for the arrival of their special boy.  They welcomed their beautiful Noah on April 18, 2020.  Noah the light of their lives.  His smile would win your heart.  Dearly loved by both his parents and all that were fortunate to meet him.

The Family sincerely thanks everyone for their outpouring of love & prayers at this extremely difficult time.

A private funeral service was held.

If family and friends so desire, memorial contributions in Mchale and Noah’s memory are gratefully accepted to Crohn's and Colitis Canada or the Stollery Children's Hospital Foundation.

Share Your Memory of
Mchale
Upload Your Memory View All Memories
Be the first to upload a memory!
Share A Memory
Plant a Tree