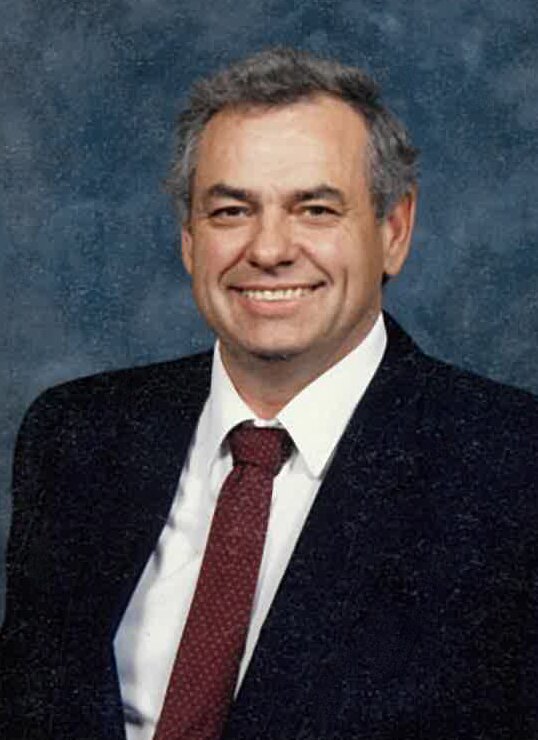 Ronald passed away peacefully on Thursday, September 9, 2021 at the age of 78 years.

Ron was born in Wetaskiwin on October 11, 1942 to parents Leo and Helene.  He was raised on the family farm in Hay Lakes with his two older brothers, Lawrence and Irvin. As an infant, Ron was baptised in both German and English and he was later confirmed at St. Stephen’s Lutheran Church in 1957. Ron truly thrived at his family farm and later applied the knowledge and perseverance he learned to his own farm in Hay Lakes. As a young man, Ron was also an avid fastpitch player for his local teams.

While still working his own farm, Ron also worked on the rigs and then later at Union Tractor. In 1985, he made the decision to sell his farm and moved on to his job at Fountain Tire, where he dedicated nearly 30 years of his life.

Ron met the love of his life, Beverly, and they married in December of 1991. With his marriage, he gained a large family including Bev’s four children aged 11-23 as well as her extended family. He was a natural fit and soon became a Grandfather as well - a role that he and Beverley both loved and nurtured. He kindly shared his knowledge, guidance and love of all things outdoors with his family. He was quick to fix anything that needed a strong hand and shared his passion for horses and gardening as well. Time spent camping, fishing, horseback riding and working on his fruit trees was always time well spent.

Ron had a personality that made everyone feel welcome and at ease.  He took time for fellowship with his friends, brothers and church members. Ron’s Faith was unwavering and integral to his life. He was always dedicated to the church as a member of the Men’s breakfast group, healing room, communion and serving as a greeter for Sunday service.  He was baptized in the River Jordan in Israel alongside Beverley in 2007.

The family would like to thank Diana and the staff with Camrose homecare that assisted Bev and her family in the final month of Ron’s life.  And a special thank you to St. Mary’s hospital for their support during his week in hospital.

We find comfort knowing that Ron has gone on to meet his Lord and Savior and we can envision him tending to the wonderful fruit trees in Heaven.
Ron was predeceased by his parents, brother Lawrence, and his great-grandson Weston.

A Funeral Service was held at 1:00 p.m., Thursday, September 16, 2021 from the Solid Rock Lutheran Church, 4501 52 Ave Camrose with Rev. Collin Hauch officiating. Interment has taken place in the Camrose Cemetery.

If family and friends so desire, memorial contributions in Ronald's memory may be made to the Canadian Cancer Society.

Share Your Memory of
Ronald
Upload Your Memory View All Memories
Be the first to upload a memory!
Share A Memory
Send Flowers
Plant a Tree