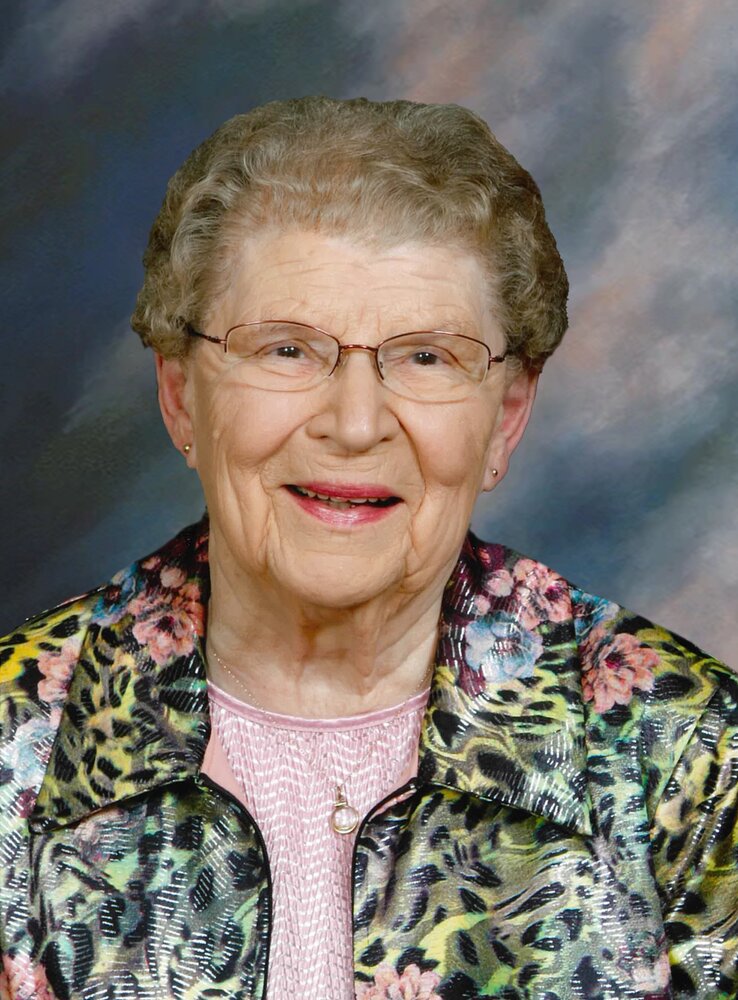 Josephine Elizabeth Ilnicki of Round Hill, Alberta, passed away on Tuesday, August 24, 2021, at the age of 94 years.

Josephine Ilnicki was born in Mundare to George and Alexandra Liber.  After grade 12, she attended the University of Alberta and began her thirty-two year teaching career. Her first assignments were in one room schools at Holden, Meldal and Lake Demay followed by many years teaching junior high at Round Hill.

She married Karol on July 15,1948. They purchased land south of Round Hill where they farmed and were active community members.

Josephine’s Catholic faith was an integral part of her life. She was an active member of the St. Stanislaus Parish at Round Hill and later at St Francis Xavier Parish in Camrose. Josephine was involved with the annual Fall Chicken Suppers, Corpus Christi celebrations, and was an active CWL member for 71 years.

Josephine volunteered with the Round Hill Agricultural Society and Round Hill Seniors and helped organize many Ukrainian Night socials and floor curling bonspiels.
She was also a member of the Camrose and District Horticultural Society, known for coordinating bus tours.

She always had a smile on her face and family, neighbours and former students were very dear to her.

Josephine was predeceased by her husband Karol (in 2012), her parents Alexandra and George Liber, brothers Anton and Stan, sister Stella Bahry and sister-in-law Judy Liber.

In lieu of flowers, if family and friends so desire, memorial contributions in Josephine's memory may be made to the St. Francis Xavier Church Building Fund, or to St. Mary's Hospital, Camrose Foundation- Palliative Care Unit.

Share Your Memory of
Josephine
Upload Your Memory View All Memories
Be the first to upload a memory!
Share A Memory