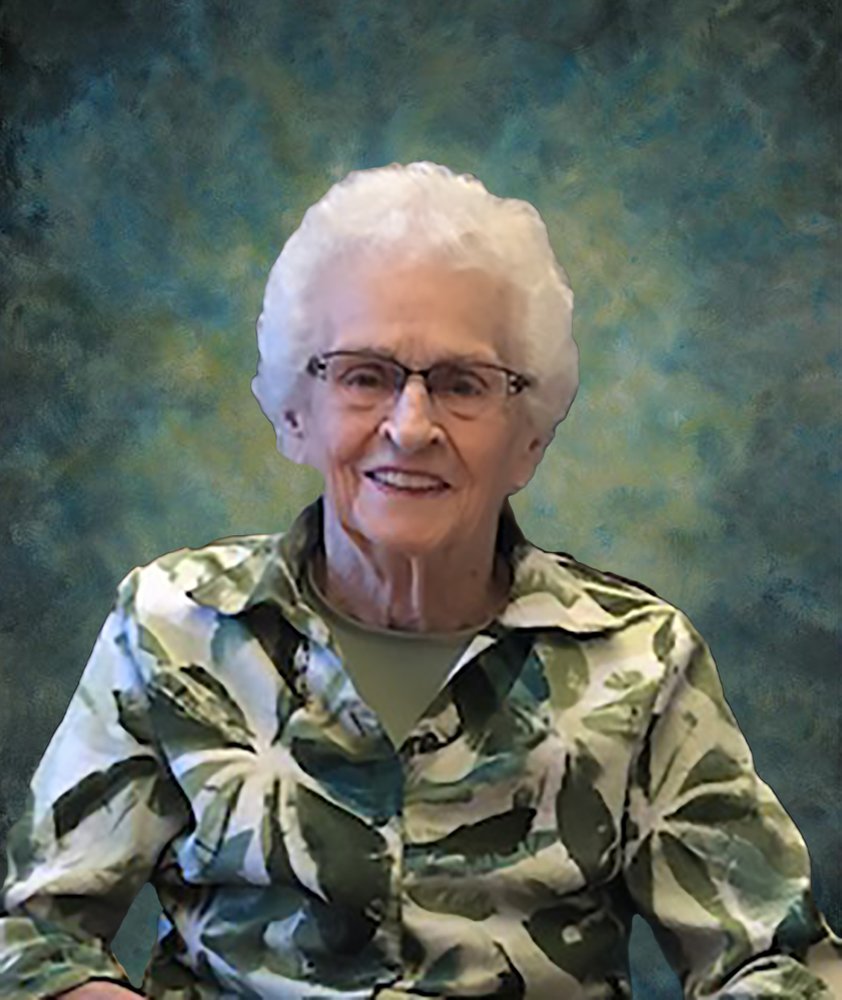 Adelia Martha Nordin of Camrose, Alberta, formerly of Camrose North, passed away on Thursday, August 5, 2021 at the age of 95 years.

Born to Andrew and Henrietta Schoenknecht, Adelia grew up on a farm in the Hay Lakes area and was the second youngest in a family of five children. She attended Buskas School and as a young woman worked at the New Sarepta Hotel as a housekeeper until she met the love of her life Reynold Nordin and they married on November 7, 1947. They raised their family on a successful mixed farming operation. During their sixty years of marriage they both enjoyed many things which included square dancing, endless games of cards, lawn darts, washers and playing ball with their children and grandchildren. Adelia took pleasure in treating family with special traditions.  Whether it was soft flatbread, pult, potato pancakes, fresh buns and angel food cakes.  She enjoyed hosting family and friends on many occasions. She especially looked forward to attending bingo with her daughter, Deanna.

Due to concerns surrounding the Covid virus, a private family service was held.

If family and friends so desire, memorial contributions in Adelia's memory may be made to the Wilhelmina Lutheran Church building fund or to the charity of one's choice.

A Memorial Tree was planted for Adelia
We are deeply sorry for your loss ~ the staff at Burgar Funeral Home and Crematorium Ltd.
Join in honoring their life - plant a memorial tree

Share Your Memory of
Adelia
Upload Your Memory View All Memories
Be the first to upload a memory!
Share A Memory
Plant a Tree