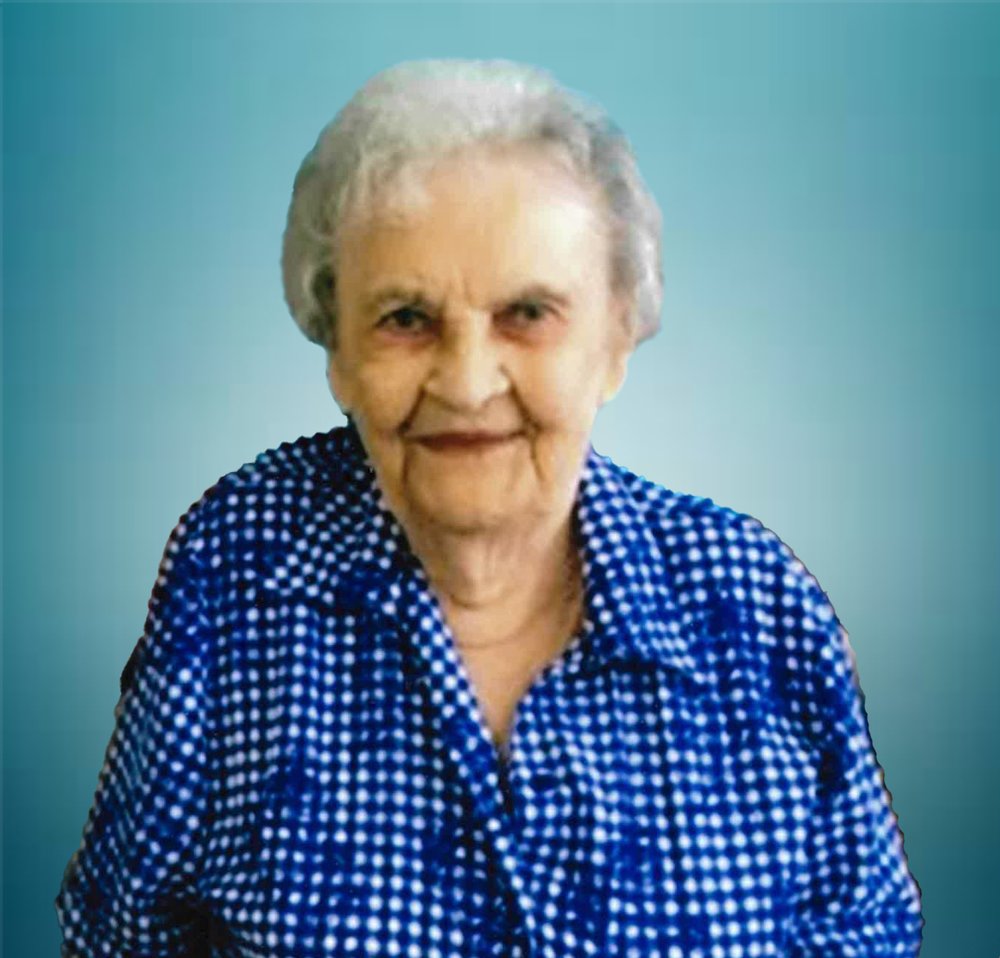 Agnes was born on April 16, 1924 to Steve and Rosie Szott. She was the youngest of ten children. She attended Quarrel School up to Grade 9. In 1939, she married John Nahajowich and they were blessed with four children. After farming for many years, they retired in 1972 and moved to Daysland, Alberta.

But Agnes wasn’t ready to retire, so she decided to help with janitorial work at the hall, clinic, and school. Then she did what she loved most and that was being a cook at Bruce’s Place Restaurant. The drop-in Senior Centre became a fun place to be with friends and to play cards and floor curling.

Agnes was a very caring and considerable lady. She very much liked to joke around and make you laugh. Family was her first priority and she loved each of them dearly. Her passions included cooking, baking, and gardening.

In July 2015, Agnes moved to the Providence Place. Here she enjoyed the residents and the helpful staff, telephone calls from her friends, and playing bingo.

Agnes had a very peaceful passing on August 5, 2021 at the age of 97 surrounded by her family.
Left to cherish her memory are her sons Peter (Marilyne) and Rudy (Donna), daughters Diane Skruzdys and Gloria Creighton (Brent Saunders), nine grandchildren, fourteen great-grandchildren, and three great-great-grandchildren. She was predeceased by her husband John (1989); seven brothers; two sisters; son-in-law Percy Skruzdys (2007); and great-grandson Tysen (2009).

A Funeral Mass was held at 11:00 a.m., Wednesday August 11, 2021 from Our Lady of the Prairies Roman Catholic Church with Rev. Daniel DSouza as celebrant. Interment has taken place in the Polska Cemetery.

If family and friends so desire, memorial contributions in Agnes's memory may be made to Providence Place, the Polska Cemetery, or to the charity of one's choice.

Share Your Memory of
Agnes
Upload Your Memory View All Memories
Be the first to upload a memory!
Share A Memory
Send Flowers
Plant a Tree