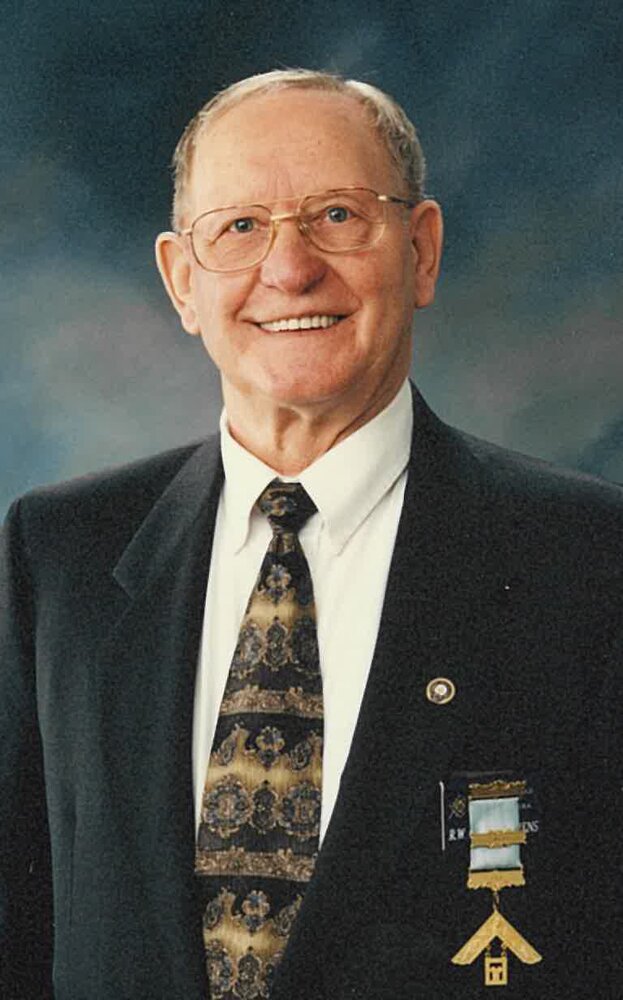 Richard (Dick) Clemens was born in England and grew up in Guernsey, Channel Islands. At the tender age of 21 he set out to immigrate to Canada. Dick worked at an “experimental farm” in Lacombe, Alberta where he met and married Sylvia Rogers in 1958. To this union four children were born; Susan, John, Peter, and Heather. A work transfer brought the family to Camrose in 1969. Dick loved sports, especially coaching and volunteering for various sports throughout the years of his kids growing up. Dick later retrained and became a journeyman carpenter. He loved to build and use his hands. He was even employed by a company who worked in Pelly Bay, NWT. Dick loved camping with the family and every summer it was a new adventure. We went out to Vancouver Island to visit our grandparents, to the mountains, and swim club years were spent driving to swim meets all across Alberta. He coached hockey but had never skated or played the game himself. Dick enjoyed his Kodiaks hockey team and held seasons’ tickets for many years. A big highlight of Dick’s retirement was travelling with his two grandsons, Vance and Owen, back to England and Guernsey to visit and meet our relatives. In his retirement years he met and fell in love with Elizabeth Wilkie and they were together for over ten years. Dick’s twilight years were spent peacefully and happily in a retirement home and then long-term care, where he passed away peacefully at the age of 92.

He is also survived by his brother George (Helen) Clemens of Scotland, sister Margaret (David) Bougourd of Guernsey, along with many nieces and nephews both in Canada and abroad. He was predeceased by his parents; brother Gordon; sister Joyce; and longtime partner Elizabeth Wilkie.

If family and friends so desire, memorial contributions in Richard's memory may be made to the charity of one's choice.

Share Your Memory of
Richard
Upload Your Memory View All Memories
Be the first to upload a memory!
Share A Memory