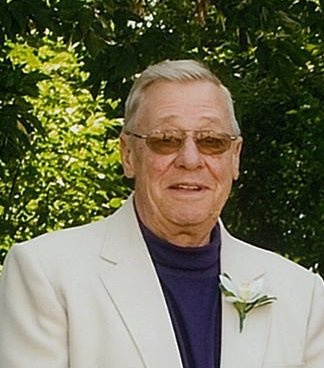 Donald Carl Anderson was born March 18, 1934, to Carl and Inga Anderson. He was born and raised on the family farm and lived there till his passing on May 26, 2021.

Don was a husband, a father, a grandfather, a great-grandfather, and a friend to many.  He will deeply be missed by his wife Elizabeth, married 60 years this June; daughters, Donna (Brad)Skinner, Sherien (Ian)George; grandchildren and great-grandchildren, Cory Skinner, Chelsea (Mike) Forre (Mason & Ava), Jessica (Mike) Twerdun (Lila & Wyatt), and Brent (Heather) George (Elyse & Emily).

He took over the family farm that had a dairy herd, range cattle, pigs, chickens, and he also farmed the land. He travelled a lot in his life with his family and friends. He always enjoyed going and following Chelsea’s ball teams all over the country. He was very proud of all his grandchildren‘s accomplishments.  He always had a gift of the gab and loved to tell stories and visit with people. Always a prankster he loved to tease the kids, grandkids, great-grandkids, or whoever he could get. He always was full of knowledge and his ability to know and remember events and family history will be missed. In life, he liked to fish and camp, watch ballgames, read newspapers, and later in life, he took up golfing and quite enjoyed it. He touched many lives over the years, met lots of people from all over. He was very kind and generous and humble. He never put on a show to impress anyone. He helped out numerous people over the many years of his life. He also will be remembered for telling his kids and grandkids “don’t let them impress you”. He fully enjoyed his life.

He was predeceased by his mother and father, Inga and Carl Anderson; his brother Henry and wife Gladys; his twin sister Doreen and her husband Russel Sheets; and his brother-in-law Wendelin Vollman.

Due to Covid restrictions, a private family service will be held.

If family and friends so desire, memorial contributions in Don's memory may be made to the charity of one's choice.

Share Your Memory of
Donald
Upload Your Memory View All Memories
Be the first to upload a memory!