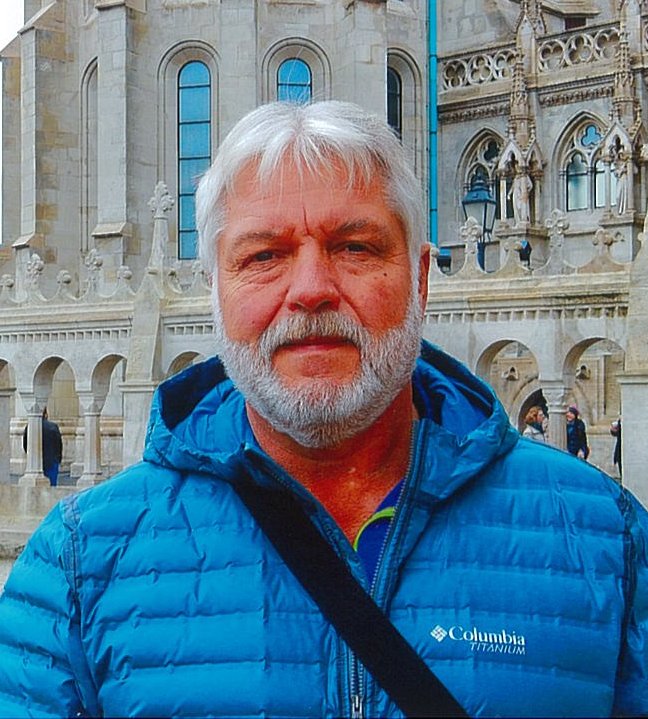 Please share a memory of Stanley to include in a keepsake book for family and friends.
View Tribute Book

Stan spent his childhood growing up on their family farm where he and his six siblings played, worked and had many adventures.

Stan attended school in Daysland until grade 12, when he got his first job in road construction. This began his long career in the industry.

In 1978 he started work at Border Paving where he worked for over 40 years. At first as an equipment operator, then as crew foreman and finally as a welder, designer and fabricator in the asphalt plant shop.

Stan worked hard and played hard and loved his family. He had many talents. He liked designing and building things from wood and metal. He also liked to BBQ. He and Janice hosted an annual family BBQ for many years, where family could catch up with their lives and enjoy good food and a good time. Stan also loved to travel, he and Janice travelled to many parts of the world.

Stan’s presence will be greatly missed by all who knew him. He was a loving husband and father and a great friend.

To honor his life, a gathering has taken place Sunday, May 29, 2022 at the Norsemen Inn, to share memories, laugh at the good times, and remember the full life he lived.

If family and friends so desire, memorial contributions in Stanley's memory may be made to STARS, or to the Stollery Children's Hospital.

Share Your Memory of
Stanley
Upload Your Memory View All Memories
Be the first to upload a memory!
Share A Memory