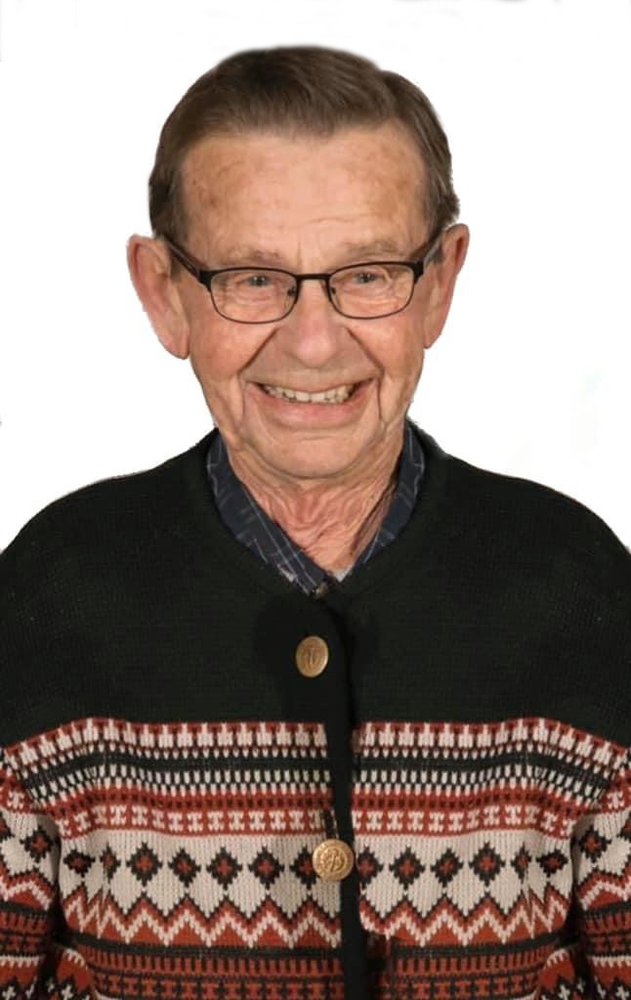 Theodore John Joseph Brinker of Camrose, AB, formerly of Edmonton, AB, passed away on Tuesday, April 27, 2021, at the age of 90 years.

He was born on March 30, 1931, in Daysland, AB. Theodore was the seventh of nine children and the second youngest boy. He will be sadly missed by his loving family.

He is survived by his wife, Eleanor of 63 years; his sister Joan; his children Wanda, Brenda (Henry), and Jeff (Tania); and many grandchildren and great-grandchildren. He was predeceased by his parents Wilhelmina and Theodore Brinker; his siblings Mildred, Tommy, Grace, Elmer, Marie, Audrey, and Johnny; and by his son-in-law Orland.

Theodore (Ted) was a compassionate, faith-filled man with a great sense of humour. He spent his life in service to others. He will be dearly missed by all who knew him.

A private family service was held. The Funeral Mass was live-streamed at 1:30 pm, Sunday, May 2, 2021, on the St. Francis Xavier Roman Catholic Church website https://stfxcamrose.caedm.ca/ and a recording of the funeral mass is available on the St. Francis Xavier Church website under "Recorded Masses". Interment will take place in the Camrose Cemetery.

If family and friends so desire, memorial contributions in Theodore's memory may be made to Leprosy Relief Canada or to the charity of one's choice.

Share Your Memory of
Theodore
Upload Your Memory View All Memories
Be the first to upload a memory!