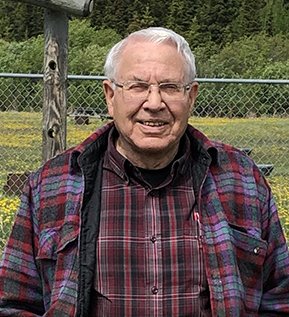 It is with great sadness that we share the passing of Jim Peake, to his heavenly home. Born on April 13, 1946, in Livingston, Mt to Fred and Anna Mae Peake. He grew up on the family farm just down the road from Pray, which is where his love of farming and the small town began. Being raised in a loving Christian home with a strong work ethic, Fred and Anna Mae set a strong foundation for Jim’s life.

The Peake family was actively involved in the Paradise Valley Community Church and little did young Jimmy know that it was there, at a young age, he would meet his future wife. Jim graduated from Park County High and went on to Bible school in Billings. It was here that he reconnected with that Pastor's daughter, and in Sept. of 1968, he married Marjorie Wall.  After graduating from MIB, Jim went to Montana State University to complete a Science degree with a focus on agriculture. During his time at MSU, Jim and Marge were blessed with their first child, Corry in 1973. After graduating from MSU, the young Peake family took a road trip to visit Marge’s sister in Camrose, AB and it was on this trip that Jim got the idea of moving to Canada. In 1975 he realized his dream by purchasing his own farm in Meeting Creek. Jim was very excited as unlike his parent’s farm, this one didn’t even need irrigation. In 1977, the Peake family was made complete with the addition of their daughter Danette.

The Peake family made wonderful friends and enjoyed being a part of the community of Meeting Creek. Jim was active in the local church and was steadfast in his faith throughout his life. In addition to having the small farm, Jim worked at a variety of other jobs, but they always were done to support his family and farming habit.

If family and friends so desire, memorial contributions in Jim's memory may be made to Gideons International in Canada, or to the Meeting Creek Cemetery.

Share Your Memory of
James
Upload Your Memory View All Memories
Be the first to upload a memory!