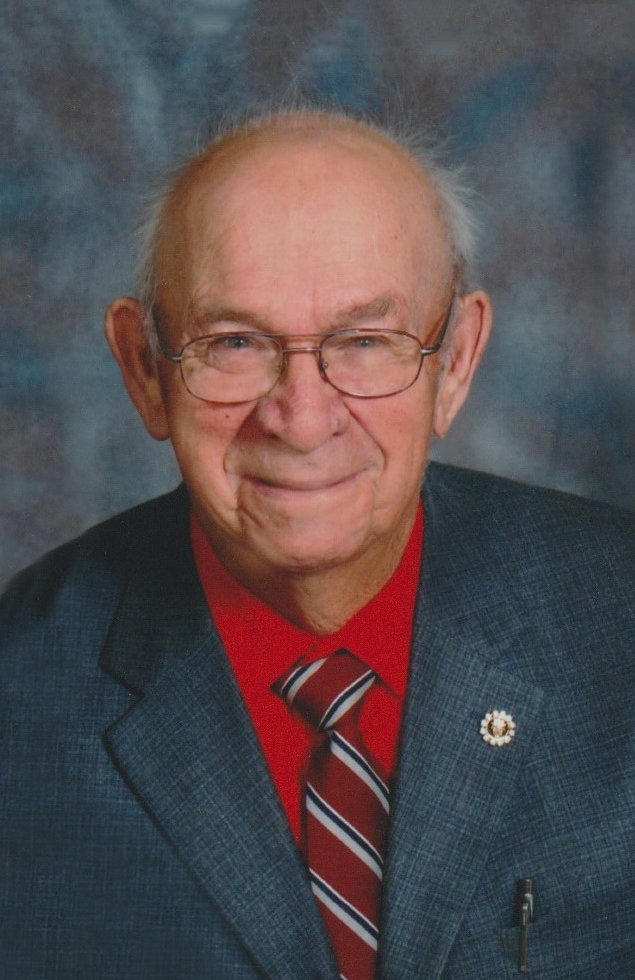 Stan was born June 11, 1926. He was the fourth child of Pete and Carrie Trautman. He began school at Duhamel and finished high school in Camrose, a love of education that remained all his life. On November 21, 1951, he married Mary Smith of Bittern Lake and they resided in the Duhamel area for almost 60 years. They raised eight children who became the focus of their lives. They had a successful mixed farming operation with Stan’s brothers Jim and Don. Later in partnership with their son Odean, they established a registered Holstein dairy herd, Trautman Dairies.

Stan loved to contribute to the community and he served on many organizations, such as Camrose Fish and Game, New Norway Ag Society, the National Farmers Union, and the Alberta Wheat Pool. His passion was the history of the Duhamel district. He was instrumental in the formation of the Duhamel Historical Society, an interest that remained until his passing. Stan had a strong love of nature. This was reflected in his planting of trees, his preservation of wetlands, and his love of hunting. He always enjoyed the camaraderie of a good hunt, successful or not. Stan, along with Mary, cultivated great and varied friendships over the years. Young and old, Stan treasured their relationships. Stan’s religious faith remained steadfast all his life. He and Mary went on religious pilgrimages in Canada and the Holy Land. They enjoyed bible studies with people of all faiths. To the very end of his life, his childhood church of St. Thomas Duhamel was his identity and his comfort.

A private family service was held. The Funeral Mass was live-streamed at 10:50 am, Saturday, March 26, 2021, on the St. Francis Xavier Roman Catholic Church website  https://stfxcamrose.caedm.ca/  and a recording of the funeral mass is available on the St. Francis Xavier Church website under "Recorded Masses". Interment has taken place in the St. Thomas Roman Catholic Cemetery, Duhamel.

If family and friends so desire, memorial contributions in Stan's memory may be made to the Duhamel Historical Society or to the Camrose Fish and Game Association.

Share Your Memory of
Stanley
Upload Your Memory View All Memories
Be the first to upload a memory!