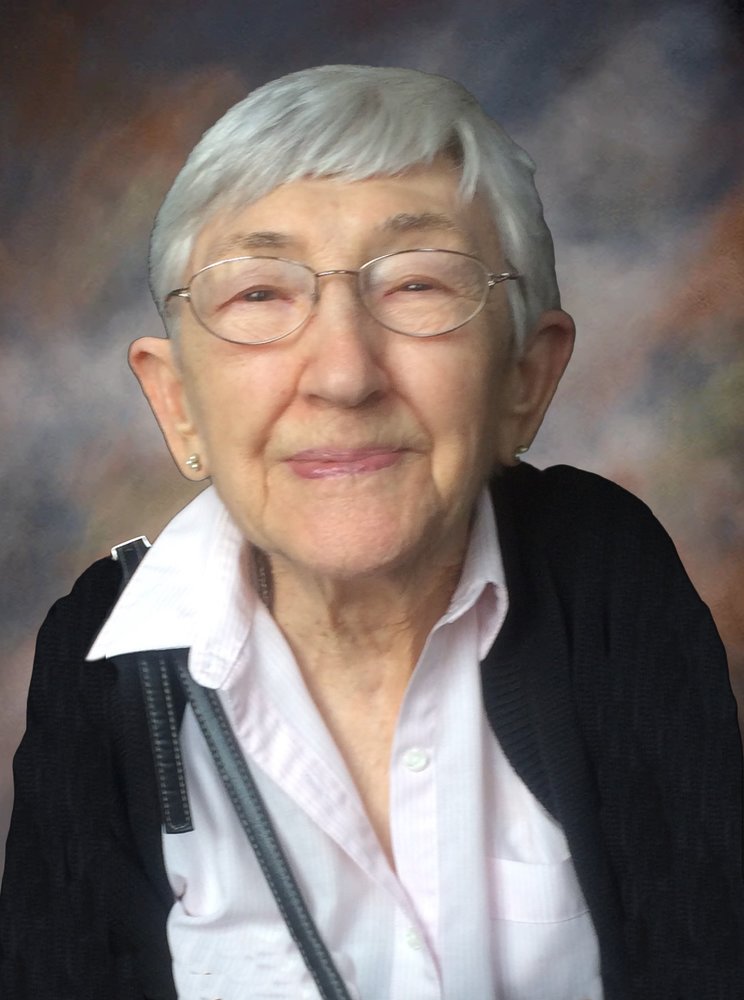 On Saturday, March 13, 2021, Alma Marie Heisler of Edmonton, Alberta, formerly of Heisler, passed away at the age of 93 years.

Alma Heisler was born February 23, 1928 in Heisler, Alberta. She lived with her mother Annie on the farm until 1969. Alma worked in Ed Hauck’s General Store in Heisler, Alberta. Ed Hauck started talking about selling the store, so Alma and her mother moved to Edmonton. Alma was employed by the Alberta Government; Treasury Department. She took night classes to get her Business Administration Diploma. She retired in February 1993. She resided at the Churchill Manor Retirement Centre in Edmonton until her passing.

Due to Alberta Health regulations, a private family service was held. Interment has taken place in the St. Martin's Roman Catholic Church Cemetery. Family and friends who would like to view a recording of the service, please click the link below:

If family and friends so desire, memorial contributions in Alma's memory may be made to the St. Martin Roman Catholic Cemetery Fund.

Share Your Memory of
Alma
Upload Your Memory View All Memories
Be the first to upload a memory!