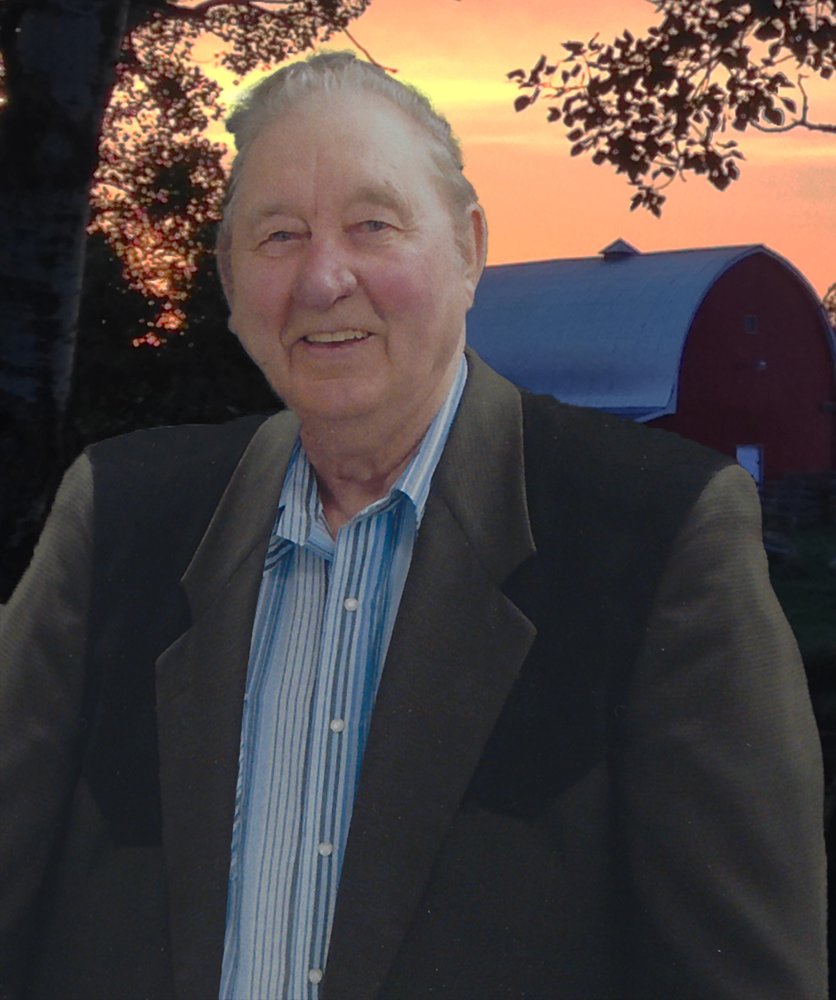 Urbon "Kenneth" Johanson of Camrose, Alberta, formerly of Donalda, passed away on Tuesday, February 2, 2021 at the age of 89 years.

Kenneth Johanson was born on a cold winter day on January 17, 1932, in the family farmhouse by Meeting Creek. In April 1932, the family moved to the farm a few miles east which became his home for the next 71 years.  He attended Hazel Grove school and then started farming with his dad, eventually taking over the farm. He married the love of his life, Helen Tschirren on December 28, 1955, and together they raised their two loving daughters, Carol and Barbara. Ken and Helen lived on the farm until moving to Camrose in 2003 and then into Seasons Retirement Home in 2015.

Ken cherished his farm, his music, and most of all his family. He loved raising cattle, chickens, hogs, and crops and was so happy when Wade and Carol joined him farming. He played in many different bands throughout the years and was well known for his musical talents and strong singing voice. He was proudest when he could sing with his family - his daughters at community and family gatherings, his grandson Chad at the Camrose Country Opry and most of all, sing-a-longs with his great grandchildren. His guitar and voice brought joy to many events especially to his family’s special celebrations.

He was a loving husband, father and was thrilled when he became Papa Jo to each grandchild and then to his great-grandchildren. He was adored by everyone, all who looked up to a strong, kind man who taught many values and life lessons. His family brought him so much happiness and he cherished every moment spent together - they were his pride and joy. Ken’s love of family also included his extended family, friends, and neighbours. He was Papa Jo or Uncle Kenny to so many and he always made time for anyone who needed it. He had a kind word for everyone and would tease whenever he could.

A private family service was held due to Covid restrictions. For family and friends who would like to view a recording of the service, please click the link below:

If family and friends so desire, memorial contributions may be made to Meeting Creek Cemetery, STARS or the charity of one’s choice.

Share Your Memory of
Urbon
Upload Your Memory View All Memories
Be the first to upload a memory!