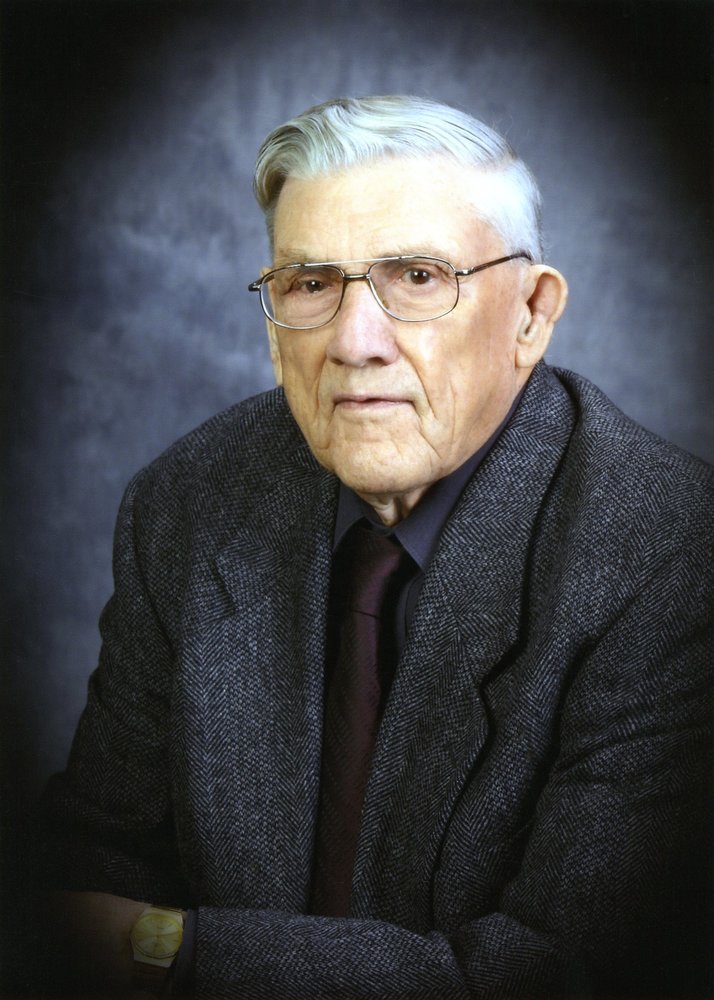 Stanley Wright, born in New Norway, AB on April 26, 1925, late of Camrose, formerly of New Norway, passed away on January 22, 2021 at the age of 95 years. He is survived by his loving family: children - Doug (Mary) of Canmore, Murray (Leigh) of Edmonton, Colleen (Bill) of Ripley, ON and Corinne (Doug) of Edmonton; five grandchildren: Jodi, Melissa, Cassandra, Carson and Emma; and four great-grandchildren: Aiden, Amy, Gabel and Wyatt.  He is pre-deceased by his wife of 63 years, Dorothy, and his three sisters.

Stan grew up on the family farm in New Norway and continued running a successful mixed farming operation until their retirement.  He spent many days and nights worrying about the weather, cattle and calves as most farmers do.  He could be relied upon to lend a helping hand to the neighbours and ensured the pond was cleared each winter so we and the neighbouring kids could skate and practice our shinny hockey.

When they retired from farming, Stan and Dorothy moved to Camrose where they were members of the seniors’ centre.  Into his 70s, he played on the seniors’ slowpitch team and curled in the seniors’ curling league.  For years, Stan and Dorothy volunteered at the Big Valley Jamboree.  He was an avid sports fan and was one of the best armchair quarterbacks, referees and umpires around.  Along with Mom, he spent many hours cheering on our sports activities.  He was recognized for attending every Lacombe Lions Baseball Tournament in its 25+ year history.

Their love of travelling included camping in their truck-camper, motorhome or fifth wheel which took them east to Prince Edward Island and west to Vancouver Island.  Favourites remained Fairmont Hot Springs and attending slowpitch tournaments throughout the province.  They cruised through the Panama Canal, along the Alaska coast and toured through the United States, Europe, the British Isles and walked the Great Wall of China.

Some family memories include Sunday afternoons in winter tobogganing or playing cards, board games, horseshoes and pool where Dad played to win, summer Sundays at Red Deer Lake, his years of support while we were in 4-H, idyllic summer days spent picking rocks and extended family dinners with his sisters, nieces, nephews, neighbours and friends.

A sincere thank you is extended to the Misericordia Hospital for the compassionate, dignified and respectful care Dad received in his final days.  Thank you also to Devonshire Care Centre for the professional and supportive care Dad received these past few years.

Donations may be made to the Heart and Stroke Foundation or a charity of your choice.

Share Your Memory of
Stanley
Upload Your Memory View All Memories
Be the first to upload a memory!
Share A Memory