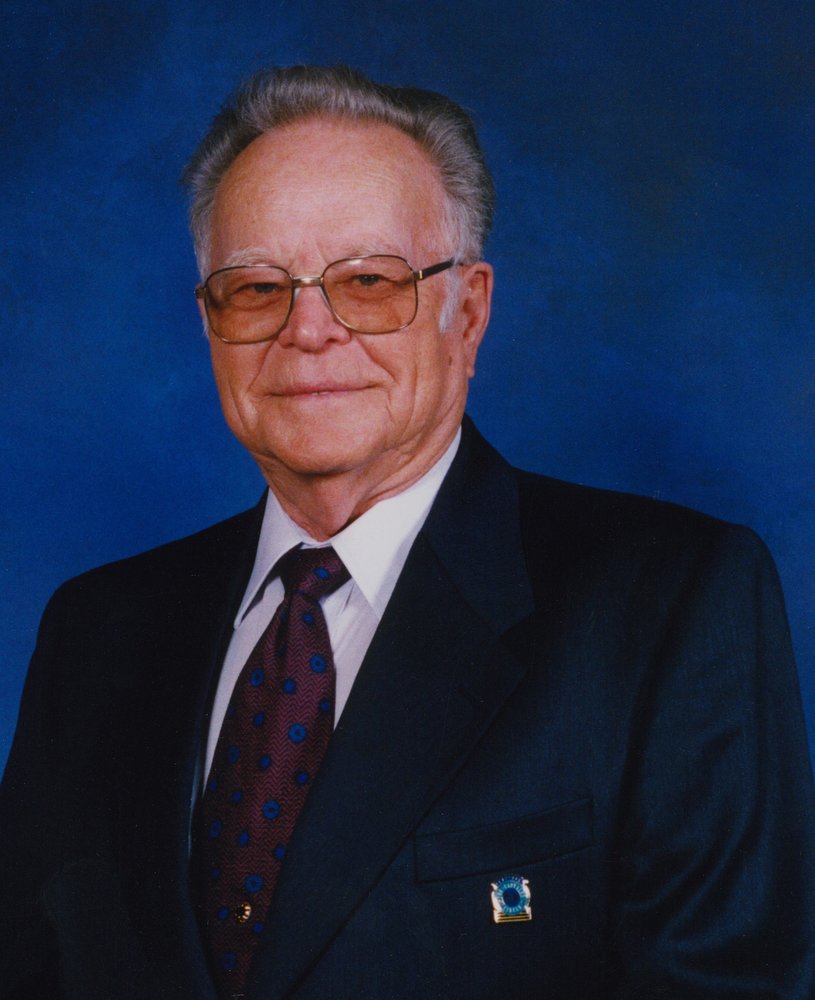 Irvin Randolph Felzien, son of Henry and Matilda Felzien, was born April 8, 1925 in St. Francis, Kansas and passed away on December 28, 2020 in St. Mary’s Hospital, Camrose.

When Irvin was six years old, his family moved to his grandfather’s farm NE of Forestburg, Alberta. He attended Harrisview School near their farm. After leaving school, he farmed with his brother Warren. In April of 1945, Irvin entered the U.S. Army. He took his basic training in California and Texas. His unit was on route to Japan when word came that the war was over, so his unit was stationed in Japan as the first occupation troops following the war. He was in Japan for a year then received his discharge from the army in December 1946. He then returned briefly to Alberta before moving to Billings, Montana to attend College for two years. He married Charlotte Crosby of Hardin, Montana on July 15, 1947. They resided in Billings until they returned to Canada in 1949. They bought land in the Forestburg area where they farmed until 1961. During those farming years, he drove a school bus at Galahad, and worked part time in a garage. In 1961, Irvin and Charlotte returned to Billings, Montana where they completed their B.Sc. Degree in Education. They taught in Billings, Montana, in Modesto, California, and in Hamilton, Montana. In 1976, they returned to Alberta to teach in Thorhild, Slave Lake, Kingman, and Hay Lakes, retiring to Camrose in 1982.

During retirement, Irvin, with Charlotte at his side, enjoyed camping, fishing, and hunting. They were blessed with many years of extensive travelling by auto, motorhome, coach tours to the Orient, New Zealand, and Australia, and several cruises to many parts of the world. They also enjoyed many winters in Arizona. In 1992, they sold their home and bought a condo in Camrose where they lived until 2009. Dear Meadows, an independent living facility, then became their home where Irvin resided until his passing.

You know the saying “You can’t take the farm away from the boy”, well that was certainly Irvin. He would drive out to the nephews’ farms to keep up on their seeding and harvesting from the roadside and when he couldn’t drive himself, he was always ready to go with whoever would take him. He was fortunate to go on many drives this last fall and was even treated to a tailgate supper with PIE. He loved lobster and was quickly cooked and fed a lobster as the ambulance arrived to move him to the hospital. Oh, how he enjoyed it.

Due to the present Covid restrictions, there will be no funeral service. A graveside service will be held at a later date.

Irvin’s family would like to thank Dr. Boyd and Jen, Dr. Hilderman, Pastor Greg Rokos, staff of Deer Meadows, Home Care and Safeway pharmacy for the wonderful care given to Irvin in his last years, you are all appreciated.

If family and friends so desire, memorial contributions in Irvin's memory may be made to the Pleasington Historical Society, or to the Resurrection Lutheran Church.