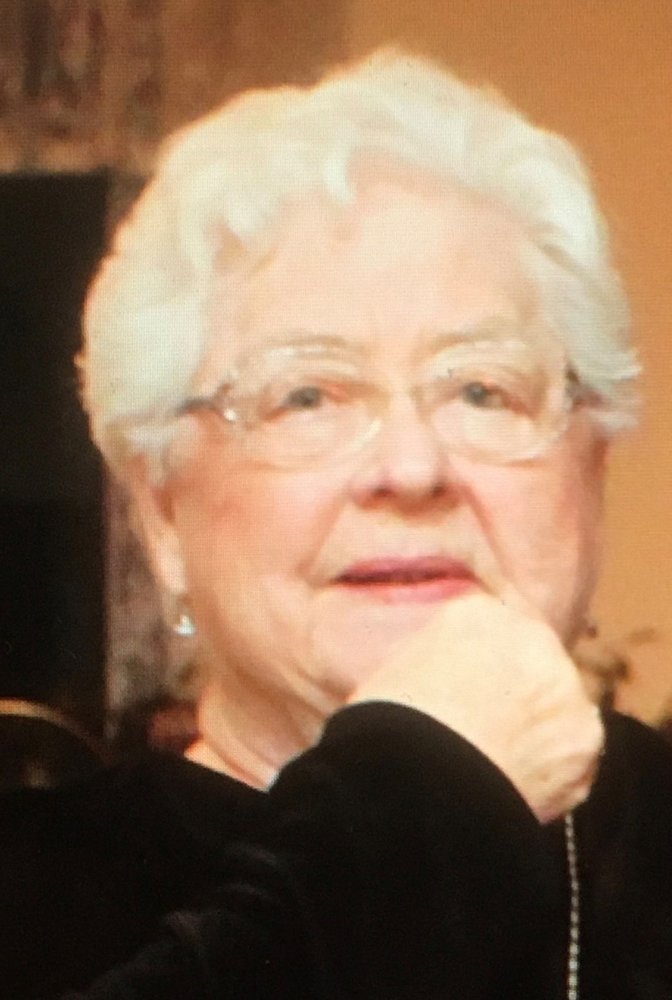 Left to cherish her memory are her children Rob (Liz) Rolf of Camrose County, Margaret (Tom) Bojczyszyn of Edmonton, Sister Claire Rolf o.p. of Squamish, BC, Joanne (Tom) Williamson of Victoria, BC and Karl (Michelle) Rolf of Westerose; twelve grandchildren; sixteen great-grandchildren; as well as, five (Nicholson) half-siblings Linda, Joe James, Suzzanne, Jackie and Janice; and many beloved nephews and nieces and their spouses.

Patricia was predeceased by her husband Norman; her parents Noreine and John Henry Warren and her brother Murray and sister Mildred Marshall.

Patricia met Norman at Pigeon Lake where he managed to catch her attention by singing beautiful harmony and reciting poetry not to mention his sparkling personality and athletic prowess. She knew he would be a wonderful father to her children and married Norman Rolf on September 8th, 1951.

Norm and Trish had four children before Norman graduated from the faculty of law at the University of Alberta in 1958. In 1963, Patricia and Norman moved to Camrose, Alberta where they raised their five active children. With Norman, she was engaged in the service of her community as a member of the Kinettes, the Camrose Ski Club, the Camrose Skating Club, and the Camrose Curling Club. Summers were spent at Pigeon Lake, Alberta where Patricia was loved and respected by the huge gang of ‘ Chrystal Springs’ children who were always welcome in her home and for sing-a-longs around the bomb-fire. Patricia always loved to plan and prepare meals and was renowned for her fabulous cooking. In 1977, Patricia and Norman moved to Pigeon Lake when Norm was appointed to be a judge of the Provincial Court of Alberta. In 1985, Patricia suffered from a cerebral aneurism that left her paralyzed on her left side. Her athletic strength and stubbornness enabled her to learn to walk, swim, drive, cook, shop, and continue to be a vital presence to all her loved ones.

Patricia’s quiet way of loving was expressed in her generosity; she loved to treat her family to meals in restaurants and she enjoyed shopping for the perfect birthday or Christmas gift for each of her loved ones. Patricia and Norman moved back to Camrose in 2012 where they were grateful to be close to old friends and Rob Rolf's family.

Patricia will be dearly missed and her legacy of deep enduring love and resilience will live on in the hearts of all those who were blessed to know and love her.

Due to Alberta Health restrictions, there will be a celebration of Patricia's life in the summer of 2021 for all her family and friends.

If family and friends so desire, memorial contributions in Patricia's memory can be made to the following:

Share Your Memory of
Patricia
Upload Your Memory View All Memories
Be the first to upload a memory!