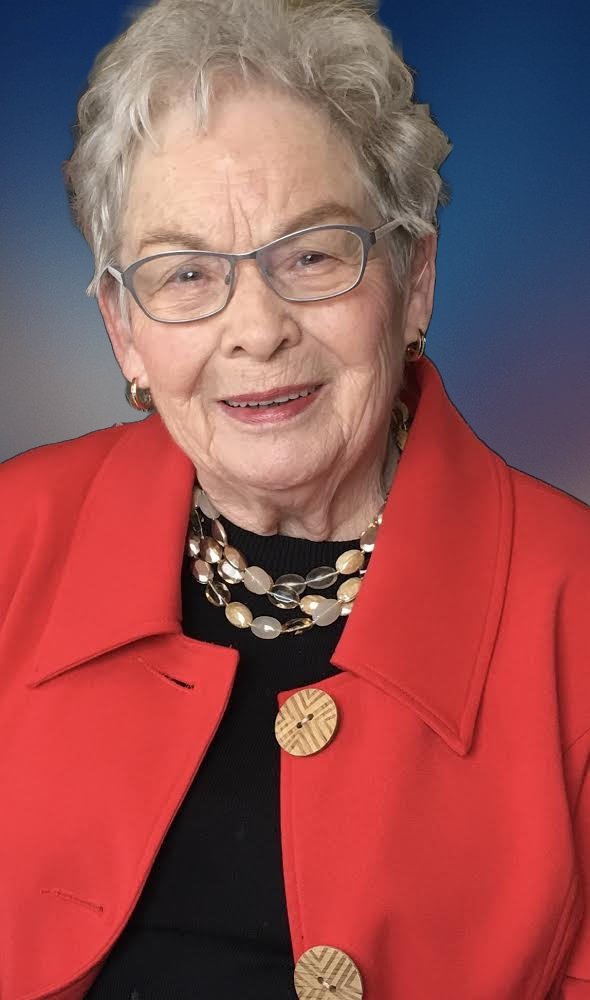 It is with great sadness we announce the passing of Marian O’Riordan, a loving mother, grandmother, great grandmother, sister, aunt and friend.

Marian grew up on her family’s farm in Vegreville. She was the youngest of four children to Lemuel and Louise Cole. From her earliest years, Marian showed a caring, nurturing side. These traits served her well during a nursing career that spanned more than four decades at hospitals across Alberta, B.C., and the U.S. During her time in Camrose, she met her husband, Paul O’Riordan. They married on Jan. 31, 1970 and settled in Whitecourt to raise a family. Nothing gave Marian more joy than being a mom to daughters Shannon and Diane, and in later years – a doting grandmother of seven and great grandmother of six.
Marian was a devout Catholic and forged many special friendships in communities where she lived including special friends Randy and Carol Williams and family.

Due to Alberta Health restrictions, a private family service was held. Interment has taken place in the Camrose Valleyview Cemetery. The Funeral Mass was live-streamed at 11:00 am, Wednesday, December 30, 2020, on the St. Francis Xavier Roman Catholic Church website  https://stfxcamrose.caedm.ca/  A recording of the funeral mass will be made available on the St. Francis Xavier Church website under "Recorded Masses".

If family and friends so desire, memorial contributions in Aileen Marian's memory may be made to Agape Hospice Calgary, or to the Heart and Stroke Foundation.

Share Your Memory of
Marian
Upload Your Memory View All Memories
Be the first to upload a memory!