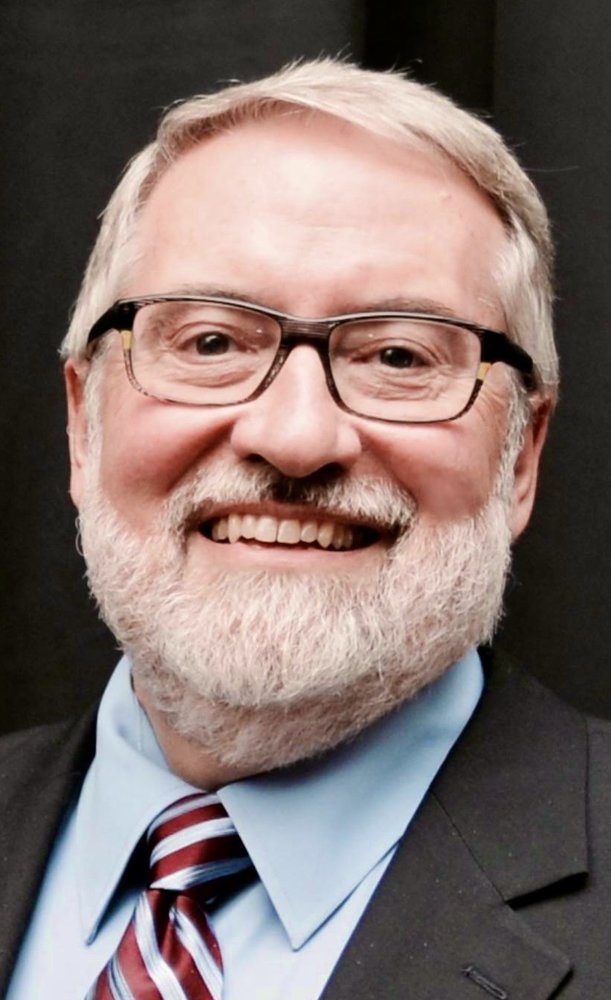 Jonathan Mohr was a man of deep love, studied faith, and quiet wisdom. He passed away in the early hours of Sunday, November 29, 2020, after suffering a rupture of an unknown brain aneurysm. He was surrounded by his family at the time of his death.

Jonathan's career was in post-secondary education, almost entirely spent on the Augustana campus in Camrose, Alberta. His unlikely academic arc began as a choral conductor, a field in which he held a Masters and pursued coursework towards a doctorate. It ended as a Full Professor and Doctor of Computing Science and Chair of the Department of Science. His professional legacy continues in the students in whom he instilled the love of these subjects. It also continues in his colleagues who often came to Jonathan for advice and professional support. He was respected for his openness to changing his mind – he could enter a meeting with a strongly held position, and leave holding a new one, having been convinced by a better idea.

Jonathan's personal legacy continues in the family he leaves behind: his wife, Robyn; his son Joshua and daughter-in-law Danielle; his daughter Rebekah and son-in-law Tyler; his grandchildren Ellis, Luca and Stevii; his sister Colleen; and brother Gregory. He was predeceased by his parents Randolph and Lorraine, and sister Christine. He provided his family with a bedrock of warm love and patient support, demonstrated in quiet acts of generous service. He drove across the country multiple times to help his children settle into new homes. He spent his retirement renovating the family home he’d built with Robyn. Days before his passing, he was sledding down the hill with his grandson Ellis, shouting joyfully.

Jonathan was raised in the Lutheran faith, which he remained dedicated to his entire life. He was a member of Bethel Lutheran Church, a place that welcomed all and reflected his love of music and the deepening of faith through inquiry and study.

Jonathan loved shared meals and intimate conversation, punctuated with joyful laughter. If you are looking for a fitting tribute, have pancakes for dinner. Chocolate chips are recommended.

In lieu of flowers, we would like to honor the duality of Jonathan and his love for both science and the arts. You may make a donation to either the Neurosciences Intensive Care Unit at the University of Alberta Hospital or to Choir Alberta in his name.

Share Your Memory of
Jonathan
Upload Your Memory View All Memories
Be the first to upload a memory!