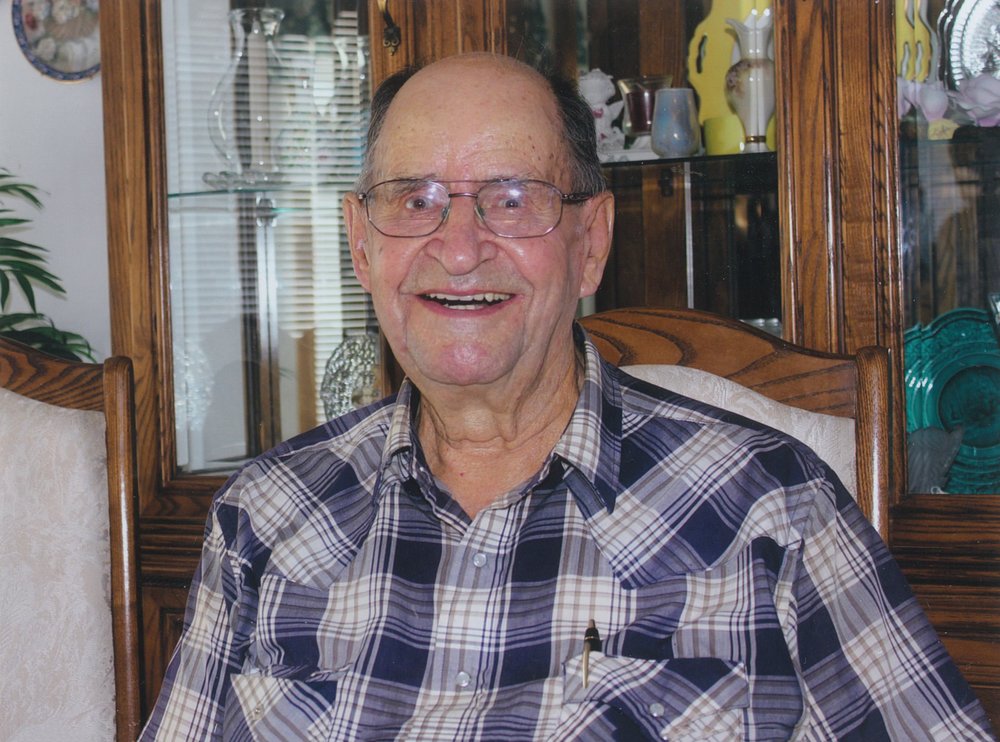 Bernard "Bernie" Pierre Rostaing of Camrose, AB, formerly of Ohaton, AB, passed away on Sunday, November 29, 2020, at the age of 93 years.

Bernie was born January 6, 1927 in Calgary Alberta to Edouard and Anne Marie Rostaing. Bernie grew up in the Kelsey area and did many things in his life. On the farm he raised ducks, chickens, cattle, and grain farmed. He also took a welding course and helped with the census program for a few years. In his later years, he drove for Neighbor Aid.

Bernie met and married Doris in 1974. They settled on their farm and lived there until Doris passed away in 2017. Bernie then moved into Rosealta Lodge. He loved it there, where he resided until his passing on November 29th.

Left to cherish his memory are Doris' children Linda (Arnold) Johnson of Ohaton, Brian Johnson of Calgary, Wayne Johnson of Whitecourt, and Nancy Beasley of Camrose; and his siblings Marie Gallant of Camrose, Edward (Patsy) Rostaing of Bawlf, and Henriette (Harold) Hauser of Camrose.

Bernie was predeceased by his wife Doris;  parents Edouard and Anne Marie; and sister Terry Gervais.

A private family service was held. Interment has taken place in the Bawlf Cemetery.  The funeral mass was live-streamed at 11:00 am, Thursday, December 3, 2020 on the St. Francis Xavier Roman Catholic Church website  https://stfxcamrose.caedm.ca/ (scroll halfway down the home page). A recording of the funeral mass will be made available on the St. Francis Xavier Church website https://stfxcamrose.caedm.ca/  (on the home page under the menu option "recorded masses").

If family and friends so desire, memorial contributions in Bernie's memory may be made to the charity of one's choice.

Share Your Memory of
Bernard
Upload Your Memory View All Memories
Be the first to upload a memory!