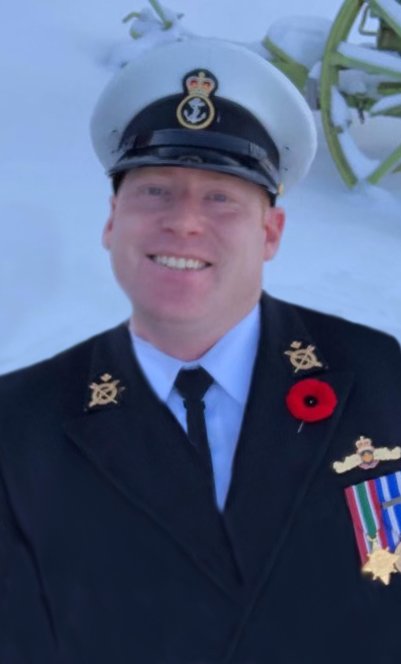 Maxwell Tulloch of Victoria, BC, formerly of Camrose, passed away on Wednesday, November 11, 2020 at the age of 30 years.

Maxwell Kevin Charles Tulloch was born April 29, 1990.  He grew up in Ohaton and attended Bawlf School.  He then moved to Camrose and attended Camrose Composite High School.  In the middle of Grade 11, he made the decision to join the Canadian Forces.

He was a free spirit all his growing years.  Throughout his younger years he belonged to Beavers, Cubs, played on a football team and belonged to Camrose Army Cadets.
He held many part time jobs in Camrose.  He attended Basic Military Training in Quebec and graduated in the Canadian Forces on his 18th birthday.  He first joined the Army, but after a short while he decided that Navy was for him.  He moved to Victoria and began on the Ships but soon transferred to Submarine division.  He was proud to have the opportunity to escort Prince William and his wife Kate on a tour of the submarine.

He was married in August of 2011 and began a family of his own.  He has three children Connor, Brianna and Jackson.  There was nothing he loved more than being with his family.  He had a small boat that he took numerous family members for an afternoon of fishing; or just a sail and have a great visit.

Max was an important part of the family and great friend to all.  He will be missed by everybody that had the chance to know him.

If family and friends desire, memorial contributions are gratefully accepted to the Mental Health Foundation Alberta. The family requests you to plant red poppies in your garden in memory of Max.

Share Your Memory of
Max
Upload Your Memory View All Memories
Be the first to upload a memory!