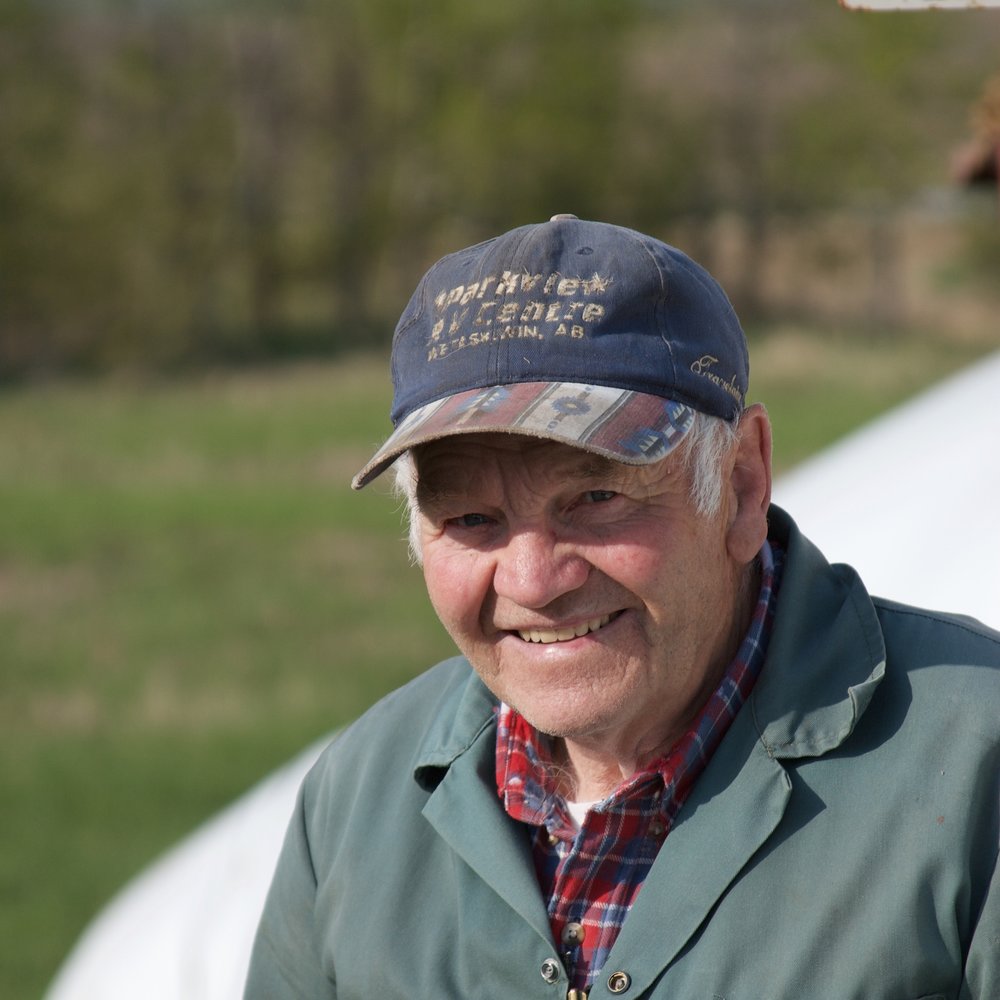 Arthur "Art" Reginald Reeves of Camrose, AB, formerly of Bashaw, AB, passed away on Thursday, November 5, 2020 at the age of 89 years.

Art was born on December 24, 1930, in Edmonton, Alberta to Ernest and Ethel Reeves. He was raised on the family farm near Dorenlee, Alberta. Art attended Matlock school until grade eight and then attended Bashaw school. His father died when he was eight years old and consequently, Art learned to do the work required on the farm as a young boy. His first job other than farm work was to help Mrs. Haggerty, Matlock’s school teacher by lighting the fire in the school stove, bringing water in from the well, and stabling her team of horses.

In 1952, Art married Crystal Stauffer and they had three daughters: Doreen, Debbie, and Marj. He and Chris stayed on the home farm and continued working in his lifelong occupation, one which he loved. They had a mixed farming operation where dairy cows, chickens, and beef cattle lived happily side by side. Art was extremely proud of his Charolais cattle which he brought into his operation soon after they were introduced into Canada. He enjoyed walking through the herd, stopping to give a favourite cow a rub on the head, offering some sage words of advice, and then going on to admire the growing calves. As grandchildren arrived on the scene, Art spent some of his leisure time travelling to ball games, hockey games, 4-H events, graduations, and school events, all while showing a great deal of pride in this next generation. Many of his grandchildren even had the pleasure of enjoying farming activities alongside their grandpa. Throughout the years, Art enjoyed curling, going with friends to bonspiels, and travelling to Stettler for bowling. He was an avid member of the Moose Lodge in Bashaw, sat on the Church board for many years, and was a proud supporter of the Bashaw Stars and Blades hockey teams.

Art and Chris continued to farm in the Matlock district with their youngest daughter Marj and her husband Greg until they moved to Camrose in 2015. They enjoyed making new friends, keeping in touch with old friends, playing canasta at the senior centre and continuing to practice their faith in the Camrose United Church. Art enjoyed participating in the Crossroads Day Program.
Art’s gentle ways, considerate manner and quick wit will be remembered by all who knew him.

Art will be lovingly missed by his wife Chris; his three daughters, Doreen (Dave) Grue of Camrose, Debbie (Roger) Thompson of New Norway and Marj (Greg) Boden of Ferintosh; his nine grandchildren; eight great-grandchildren; his sister Hilda (Willie) Stauffer of Lacombe; and his step-brother Robert Lawrie of Edmonton.
Art was predeceased by his father and mother; step-father; four brothers; and one sister.

A private service was held. Inurnment has taken place in the Camrose Valleyview Cemetery.

To view a recording of the service, click on the following link https://vimeo.com/479637265

If family and friends so desire, memorial contributions in Art's memory may be made to the S.T.A.R.S. Air Ambulance or to the charity of one's choice.

Share Your Memory of
Arthur
Upload Your Memory View All Memories
Be the first to upload a memory!