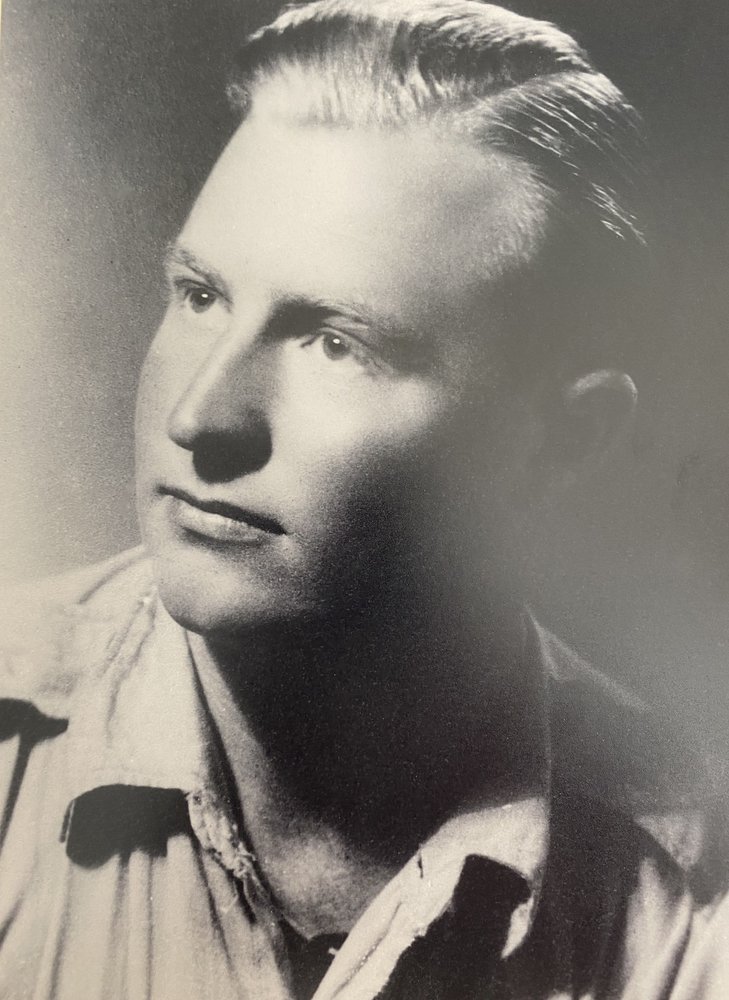 Harlan Fritz Johnson of Strathmore, Alberta, passed away on Sunday, October 4, 2020 at the age of 97 years. Harlan was born July 7, 1923 on the family farm near Kingman, Alberta. Harlan spent his childhood learning and working the farm until he answered the call of his country. Harlan served honorably and was decorated for his combat military service during World War II where he literally gave a man the shirt off his back because the man and his daughter had nothing. As a token of gratitude, the man in Bilthoven gave him a picture of his daughter and Harlan kept that photo forever and spoke of it even into his last years. Following the war, he found himself working long days in the oil fields of Canada and the United States. He was described as a “force to be reckoned with” at work but at home he was a loving husband to his wife, Lois, and caring father to his children, Vaughn and Diane. Harlan loved to share stories of days passed ensuring that his experiences, work ethic, and wisdom would be carried forward. He found pleasure in the simpler things in life, especially his family. Nothing would bring a brighter smile to his face than the loving embrace of his grandchildren and great grandchildren.

His grandchildren called him Popa. Popa was the most thoughtful, loving, kind, caring and selfless grandfather that anyone could ever have. No person ever had a better grandfather. Harlan (and wife Lois) were vastly impactful on their grandchildren and who they are today. They instilled their kindness, gratefulness, selflessness and just love into their family, especially their grandchildren, helping to mold and influence us all to be better people. Popa, you are always in our hearts and your values will continue to shape our lives. Thank you. Nicknamed Popa the Great for his great grandchildren, the name is ever so fitting.

Harlan walked this earth humbly for ninety-seven years generously sharing all that he had to offer. At the close of an incredible life, Harlan rejoins his beloved Lois (Wilcox), daughter Diane, and siblings Mildred, John, Ingrid, Carl, Raymond, and an infant brother Norman, who have preceded him in passing as well as beloved pets Petite and Dominique. His life and memory will live on and be cherished by his son, Vaughn Johnson (Karen Kilworth); grandchildren, Lisbeth Chandler, Kaizsa Lund, Sarah Salvato, Angela Pavlu (Ryan Pavlu), Logan York, and Levi York; and eleven great grandchildren.

A private family service will be held. Interment will take place in the Camrose Cemetery.

If family and friends so desire, memorial contributions in Fritz's memory may be made to the SPCA.

Share Your Memory of
Harlan
Upload Your Memory View All Memories
Be the first to upload a memory!