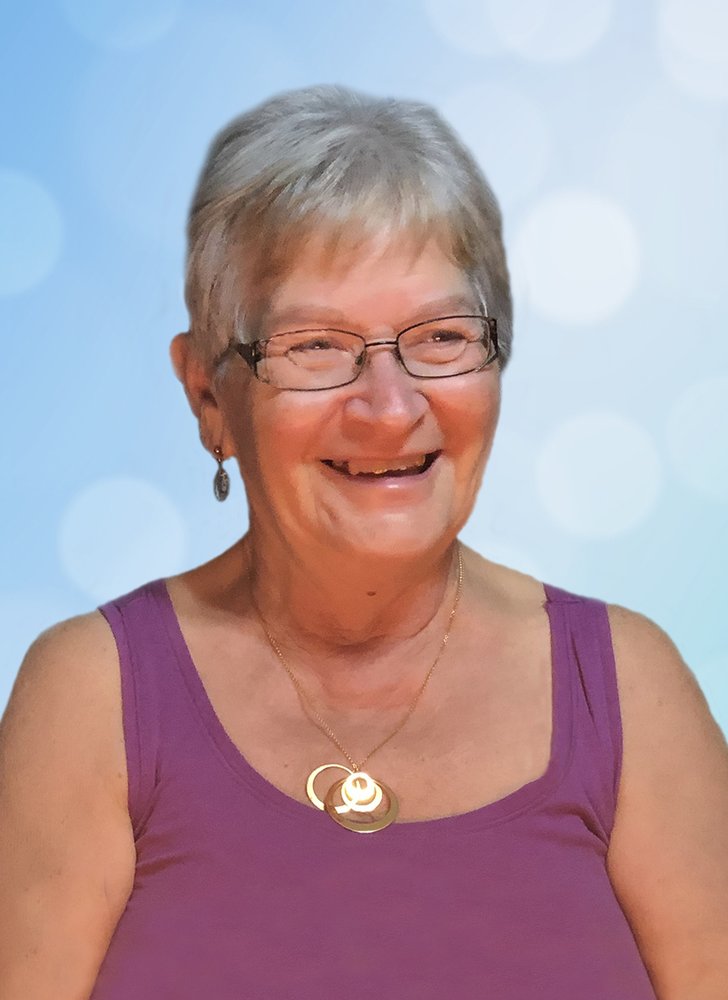 Judy Carrol Topolnicki of Round Hill, Alberta, passed away on Saturday, September 26, 2020 at the age of 71 years. Judy was born December 27, 1948 in Edmonton, AB to George and Loleta Heisz. She was the second oldest of four children.

In July of 1967 Judy met the love of her life, Bill Topolnicki. They were married on June 26, 1971 in Round Hill and started their life together. This past June, they celebrated forty-nine wonderful years together. They were blessed with two children, Billy-Jo and Brenda. Along with their mixed farming operation, Judy worked at Zellers for several years and then started a successful career at Scotiabank, where she retired from. Alongside the bank and farm work, Judy always had a garden that was second to none and always had the green thumb needed to pull it through every year, no matter the weather.

Judy always looked forward to the camping season. She always had the coffee on every morning and enjoyed staying up late by the fire with a perfectly roasted Smore. She was always a good sport while fishing, the rules are a buck for the first fish and a buck for the biggest fish. We will never forget her blasting out “balls to you” when someone else caught the first or biggest fish, but she always winked as she paid her dollar. They discovered traveling in 2004 and visited Jamaica, Cuba, Dominican Republic, Mexico several times, and Phoenix where they eventually purchased a winter home that she really enjoyed. She spent time doing stained glass, playing shuffleboard, pickleball, and most importantly bingo. Judy made lots of new friends from across Canada and the United States.

Judy’s family meant the world to her and she will be deeply missed by all. Judy leaves to mourn her husband Bill; son Billy-Jo (Landis) and their family Braden, Treyden, and Shaylee; daughter Brenda (Todd) and Bobbi-Jo; sisters Jeanette, and Jo-Ann (Rick); and brother Maurice. Judy was predeceased by her parents George and Loleta Heisz; brother-in-law Doug Franke; and sister-in-law Diane Jessen-Heisz.

If family and friends so desire, memorial contributions in Judy's memory may be made to the Leukemia and Lymphoma Society of Canada.