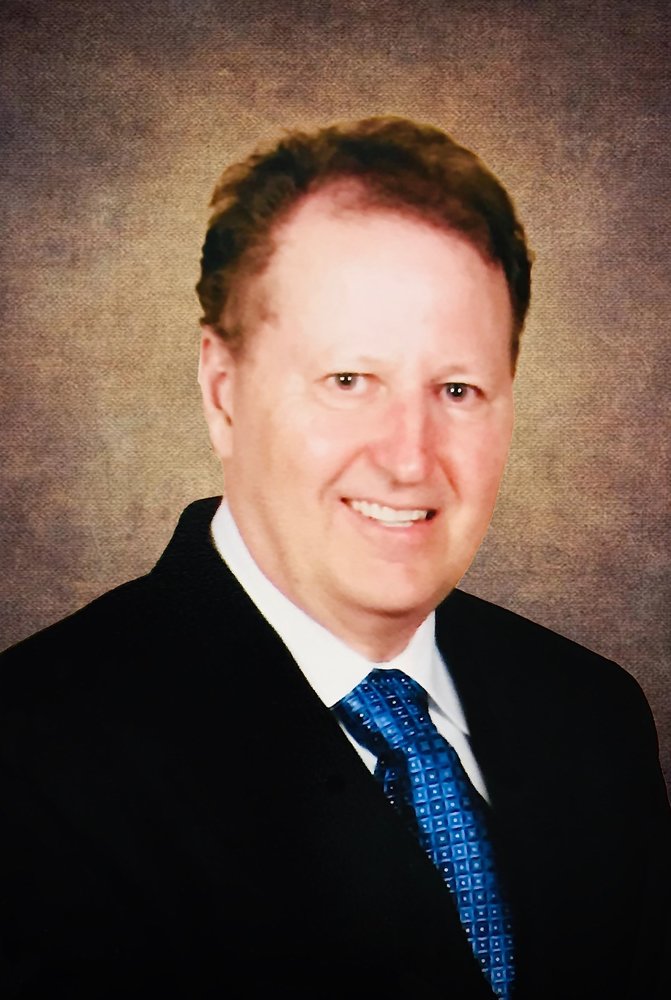 It is with heavy hearts that we share the sad news of the passing of Dr. Roy Fearon on September 16, 2020. Roy passed away peacefully at the age of 74 with his loving family by his side after a long courageous battle with pulmonary fibrosis.

Roy attended the U of A as a member of the Canadian Forces dental office training program. Upon completion of this program in 1968, Roy was awarded the ADA Gold Medal in dentistry. He then commenced his military service with the Royal Canadian Dental Corps, first as Captain in Calgary and then as a Major in Camp Borden, Ontario.

Following six years in the Canadian forces, Roy purchased a general dental practice in Camrose, Alberta. Roy soon became very active in the community, first as a scout leader then as a Rotarian where he was the youth exchange committee chairman. Over the years Roy and family hosted numerous exchange students. During this time, Roy organized and led the first district Exchange student bus trip from Camrose to Vancouver for 40 students. The trip included sightseeing and horseback riding in Wells Gray provincial park as well as white water rafting on the Clearwater River. Over the years Roy would fondly recall the excitement of having 40 foreign exchange students in downtown Vancouver.
Aside from having a very busy dental practice and doing community work, Roy was a devoted father of four and donated many happy hours of his time hosting horseback riding lessons and hay rides in both winter and summer to youth groups. Roy was eventually made an honorary member of the Camrose Rotary club honoring all his years of voluntary service.

In 1996, upon his second marriage, Roy added three more boys to his family ages 8 to 15. To celebrate his wedding, Roy gave a free dentistry clinic that day, nearly missing his wedding!

In 1998, Roy suffered a stroke, and after a year of extensive therapy had to regretfully relinquish his practice. Throughout his life Roy demonstrated excellent community involvement and dedication to making life better for others. And in 2010, this was further acknowledged by the Alberta Dental Association and College. He was awarded the distinguished Medal of Service. Roy would be forever grateful to his family, loyal friends and associates who had helped him achieve this life’s quest of giving to others.
A special thanks to the Daysland Hospital medical staff and Providence Place for their outstanding care and compassion.

Due to Alberta Health Regulations, a private family service was held. Inurnment has taken place in the Camrose Cemetery. To view a recording of the Funeral Service, please follow the link below:

The family would like to extend special thanks to the Camrose Rotary Club, Providence Place Daysland, and to the Daysland Hospital.

If family and friends so desire, memorial donations are gratefully accepted to the Rotary Club, Camrose.