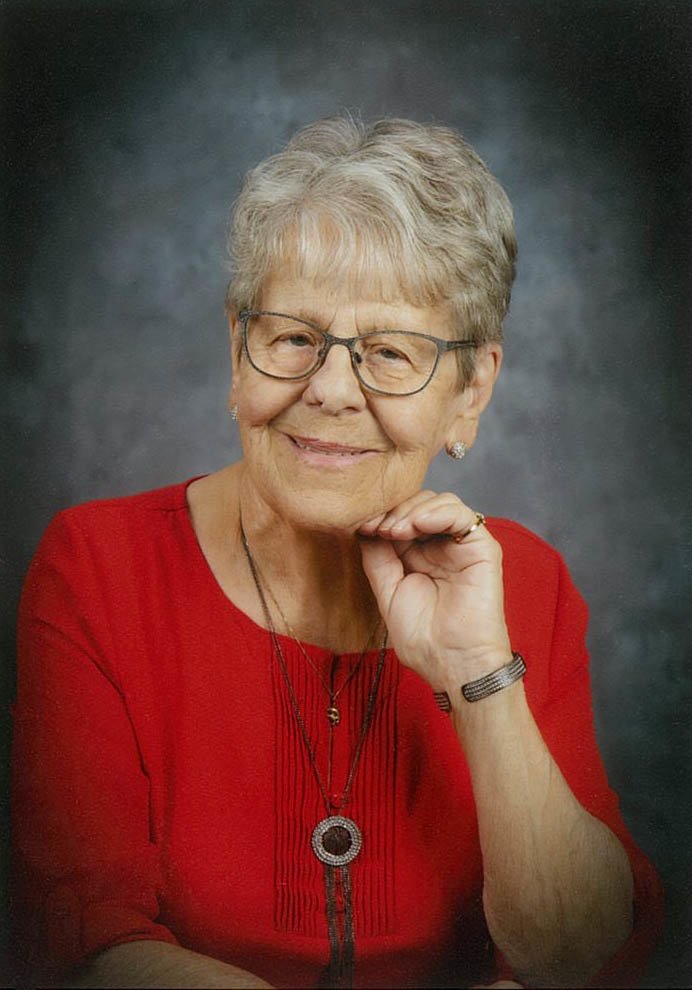 Leona Myrtle Krause of New Norway, Alberta, passed away on Tuesday, August 11, 2020 at the age of 87 years.

We look back on her years and marvel. She did so much with so little.

Leona was born to Verna and Vilhelm Linden on November 12, 1932 at her great-grandfather’s farm at Strome, Alberta. As a child, the depression years were not easy but instilled the qualities of strength, determination, courage, spirit, and stubbornness. She continued to develop these qualities throughout her life including generosity and a sincere appreciation of friendship.
Married in 1951 to Ralph Krause, they did the best with what they had.  As risk-takers, they moved from place to place chasing opportunities. In 1959 and 4 children later they achieved the dream of owning a farm and settled near New Norway. She was now:  Mom, Financial Manager (a meticulous record keeper), Gardener and Fashion Designer.  Leona could stretch a dollar, make something from scratch instead of buying it if possible.  Ralph worked the land and raised livestock (with the aid of a home built labour force), all the while working off the farm to generate additional income.  Two more children were added to the family during this time. So, you can see there was time for a little more “lovin”!

The journey was long and hard, full of challenges and joy but in the end, they made it!!!

With the farm established and children all on their own path, it was time for a few rounds of golf, travel, wintering in Arizona, happy hour with good friends, love of family.
After Ralph passed away in 2004, Leona embraced her life in Camrose with great pride in her home, flower gardens, friends and family, especially the grandchildren and great-grandchildren.

A Life well lived and appreciated.

Our Mom, Grandma and Great Grandma was the definition of grit and determination, and we are proud to belong to her. Left to cherish her memory are her children Dana (Bev) of New Norway, Ken (Teresa) of New Norway, Lyle of Ponoka, Donna Krause of Wetaskiwin, Jeffrey of New Norway, Alan (Sherry) of Gwynne; fourteen grandchildren; twelve great-grandchildren; and sister-in-law Lorraine (Dwayne) Radke of Camrose; brother-in-law Harry Krause; sister-in-law Leona Oberg; as well as numerous relatives and friends. Leona was predeceased by her husband Ralph; parents William and Verna; brother Leroy; sister Esther Fenkse; and brother-in-law Leonard Fenske.